An article inspired by seeing a certain Victoria judge’s name in association with Chinuk Wawa.

A sub-type of totem poles is the “shame pole”. 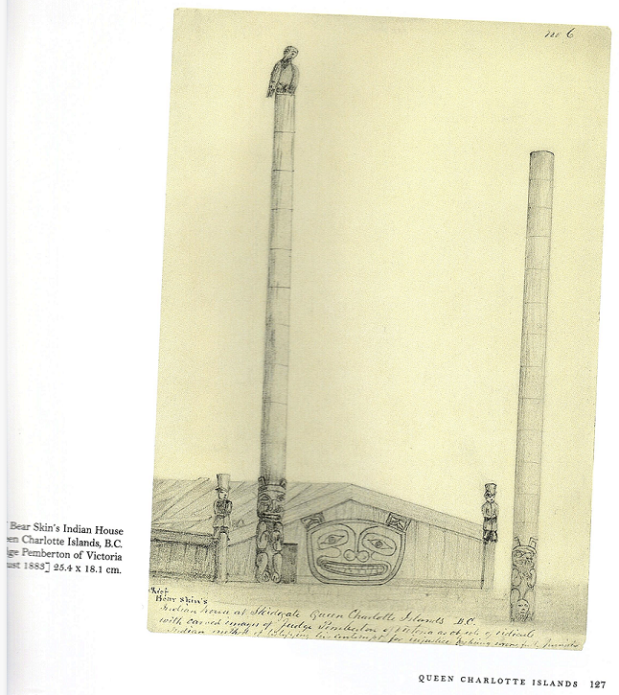 Judge Augustus Frederick Pemberton (1808?-1891) is portrayed in not just one but two itty-bitty “shame poles” at the house of Gathlans of Skidegate in Haida Gwaii.

The Alaskan English term “shame pole” is potentially a genuine Chinuk Wawa phrase; the word shím is known in every variety of CW, and “pole” is used in one or two recordings of Vancouver Island speakers.

Like a number of Alaskanisms, this one has been hard to find in old printed sources. This is the case with “skookum paper” and “skookum board“, for example.

Probably making the search more difficult is the fact that each of these phrases is strongly associated with just one particular subset of the population, the Lingít / “Tlingit” people.

That drawing is on page 127 of the book “James Swan, Chā-Tic of the Northwest Coast” by George A. Miles; above is my rough scan of it.

Other well-known shame poles include one of US Secretary of the Interior William Seward, who arranged the purchase of Alaska from the Russian colonial power.