Some needed followup on ‘knock’

In my article “Hard hardwood, creolization, deviltree, and pissed-off voyageurs“, I realized (among other fun realizations; go read them) that ‘woodpecker’ in CW is really French-Canadian… 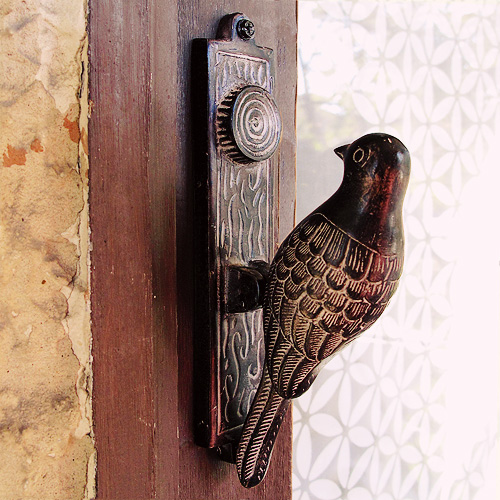 There, I pointed out that the rare frontier-era Chinuk Wawa term < koko stick > ‘woodpecker’ is probably a direct translation from North American French pic-bois or pique-bois. That phrase, common here for woodpeckers, can be said to have a literal meaning of ‘peck(s)/sting(s)/bite(s) wood’; the pic/pique part is the verb pique ‘it pecks/stings/bites’. (I.e. it’s pretty much the French equivalent of ‘woodpecker’.)

But what is this apparent Jargon verb < koko >?

George Gibbs (1863:10), as well as being our only source with a word for ‘woodpecker’, provides an entry for a CW verb having this form, which he translates as ‘to knock’, claiming it’s from Chinookan languages ‘by onoma[topoeia]’.

That’s sort of funny, as I’ve been unable to find a similar-shaped “attribute complement“, as Franz Boas called the onomatopoeic ideophones of Natítanui (Shoalwater-Clatsop Lower Chinookan), with any meaning such as ‘hit, strike, knock, and so on.

The 2012 Grand Ronde Tribes dictionary of CW infers that Gibbs’s < koko > was the CW q’wə́ɬ ‘hit’, also known to us in the reduplicated form q’wə́ɬ-q’wəɬ ‘to hit or strike repeatedly; to knock (on the door)’. And q’wə́ɬ-q’wəɬ-stík is in fact known to us as a term for ‘woodpecker’ in Bay Center, Washington’s southern dialect CW.

However, Gibbs had a good enough ear for Jargon sounds that he would’ve written the final “slurpy L” sound of q’wə́ɬ, had that word been involved here. I wonder if the Bay Center version is a later folk reanalysis that tried to make sense of an otherwise locally unknown < koko >.

In any case, the Bay Center CW phrase is as oddly formed as < koko stick > was; the Jargon does not allow us to form agentive nouns like this. < Koko stick > would normally have to be understood as ‘a knocking-stick, a stick that you knock things with’! (And CW doesn’t like noun+verb compounds such as the nonexistent *stík-koko* either!) By contrast, there are countless compounds in French made on this pattern of a 3rd person singular present-tense indicative (or 2nd person imperative!) verb + a direct object noun. It’s the norm in French.

The Frenchness of the CW metaphor leads me, instead, to suppose that what we see here is a borrowing of coup, which is pronounced [ku] in French. That’s a little odd, I’ll point out, because we’d expect a 3rd person verb form coupe ‘it chops/cuts’, which is pronounced [kup] normally. So — is this an unexpected extension of the Canadian French variability in pronouncing / silencing final consonants? (We’re accustomed to seeing that in play with final /t/.)

The other interesting detail here is that, whether it’s Chinookan or French, < koko > is apparently a reduplication, using a known southern-dialect CW grammatical mechanism to express distributed activity. But it’s almost unheard of for a French loan into the Jargon to be reduplicated, unless we also know the word in “simplex” form. Which we don’t.

Also, one kind of word that doesn’t get reduplicated in Jargon is nouns. On that basis, we can infer that the borrowed word, if French, is not coup. Plus, the huge majority of borrowed French nouns in CW came in along with a definite article, so that they start with “L” in Jargon…

Verbs, on the other hand, reduplicate rather freely in CW, supporting the notion that maybe, just maybe, we do have an unusually-pronounced verb coupe at the bottom of this word’s history.

Just to complicate the investigation, as we historical linguists love to do, I’m bound to point out the 3 known Natítanui words for ‘woodpecker’, shown here in Grand Ronde-style spellings:

That last word is quite long to be a root in Chinookan, and I wonder if it’s analyzable as i-qstú-kun•kun, that is, with a reduplicated root kun whose meaning we may or may not be able to figure out. Is it the onomatopoeic Chinookan source of < koko >, by any chance? The loss of /n/ would be very unusual in CW.

I’m going to say that we haven’t 100% cleared up < koko stick > ‘woodpecker’, or < koko > ‘to knock’, but the preponderance of the evidence points to a Canadian French inspiration.