The following is excerpted from one of our recent Saturday learning sessions on Zoom, and I think it includes new discoveries. 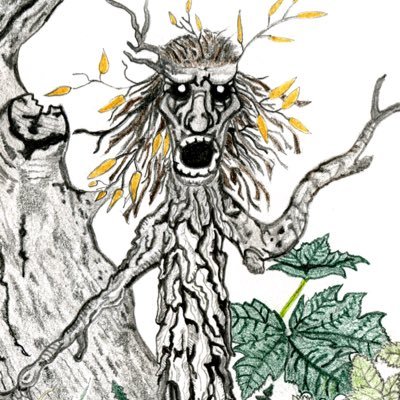 It has to do with the 1930s “Chipmunk and His Mother” story told in Jargon by Jack Stillman, a Snoqualmie-Duwamish man.

There, the phrase Stik-Injun, ‘a Stick Indian’, points to a great example of how CW can distinguish between definite ‘the’ and indefinite ‘a’, even though the language hardly has any article. Grand Ronde and early-creolized lower Columbia River CW have uk, which is similar to a definite article. But that form is known more in those southerly/older dialects,a nd less up north.

This is a point that no other Jargon sources will tell you, so pay attention now 🙂

Taking one example sentence from the text as-is, the indefinite:

…would become a definite reference if you added the famous “resumptive pronoun”. So then, Stik-Injun weik-sayaa yaka/tlaska iskam naika would be ‘The Stick Indian(s) nearly got me.”)

Following up on this point…in this expression:

Stik-Injun tl’ap maika
stík-índjən t’łáp mayka
woods Indian catch you
‘a Stick Indian will catch you’
(or again, just as logically, ‘you’ll get caught by some Stick Indian’)

…the sense here, as an expression of the mother’s advice, is of a general truth. One clue showing this is that Stik-Injun tl’ap maika again lacks the resumptive pronoun yaka or tlaska, as seen just above. In spoken English we often phrase such broad statements with indefinite nouns and in the future tense – ‘Stick Indians will catch you’.

Tenas-man yaka chako…: I understand this as an ordinary CW relative clause, ‘the boy who came (here)…’ Similar to my comments about “resumptive” yaka/tlaska above, I’ll point out that the speaker could have said just tenas-man chako…, which would then have meant ‘a boy coming (here)’ / ‘a boy who came (here)’.

← 1862: Travels in British Columbia by Barrett-Lennard
Again, Métis “French of the Mountains” influence? →