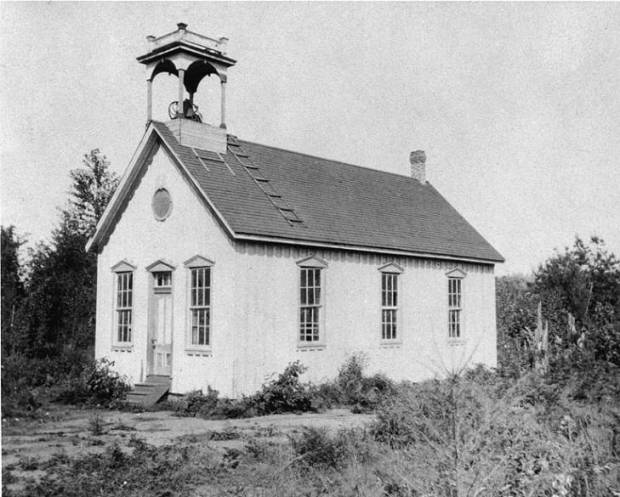 Reverend Eells checks in again, and the news is that he’s used Chinuk Wawa as a bridge……to gain some skill in the tribal languages.

That’s a strategy I’ve encountered many times among present-day learners. I think it’s sound. CW introduces you to many language structures that differ quite a bit from the English that most of us in this region now speak, and most folks pick up decent CW fairly quickly.

But, editorializing for a moment: there is a four-fold irony in Eells’ report.

Firstly, while Eells claims Chinook Jargon isn’t as good as tribal languages for expressing Christian ideas, there’s little to no evidence that he ever got nearly as fluent in Twana or Klallam Salish as in CJ, which he had grown up speaking.

(Did you realize, Myron, born 1843 to eastern Washington missionaries, spent ages 5-23 in the Willamette Valley portion of the “early-creolized” Jargon homeland!)

Second, CJ had been put to use by missionaries for about a half-century by the time he wrote today’s piece, so of all Pacific Northwest languages, it had been developed quite a bit for that purpose. (Unlike any of the tribal languages, which still relied on preaching translated from CJ sources.)

Third, you can easily make the case that the Jargon, being in significant part European in its background, is inherently a more Christian language than tribal ones are.

Fourth, because Jargon “creolized” so early in our region’s history of Native-Newcomer contact, it had already been a community’s mother tongue for decades by the time Eells expressed his evaluation of it below. So it was, to say the least, pretty darn expressive.

But you know, the Jargon already had a reputation. By the 1880s it had been labeled by astonished Whites for decades as a weird not-quite-language, in hugely popular articles and books read by Americans of all classes.

So Myron Eells had to reassure potential donors reading his report, that he wasn’t overly reliant on “that Jargon”…

There has been considerable religious interest among the Indians. The Indians on other reservations have been more interested than usual, and intercourse with these has caused a similar interest here. Then the most severe sickness which has visited the reservation since my residence here came upon us last winter and awakened serious attention in the minds of many. This additional interest has caused increased work, so that I now hold prayer meetings at two logging camps regularly. Some of our young people are taking hold of the work, and at times conduct meetings with the Indians during my necessary absence.

The average attendance at Sabbath school at S’kokomish is 47, on church prayer meetings 30, on other prayer meetings among the Indians 36, on public worship 67. Families under pastoral care 52. Total contributions for benevolence $451.05.