ísik-stík is ash, not elm, and it’s creole CW

Just to clarify something an old admired source once wrote:

Well, if you were giving someone directions in CW in Spokane or many other American towns, you might be sending them to the wrong street 🙂

And it matters to have an awareness of the local environment, when you’re talking any language.

Horatio Hale‘s 1846 publication, based on his 1841 visit to Fort Vancouver as part of the globe-spanning scientific U.S. Exploring Expedition (!), is the source for our definition of ísik-stík as ‘elm’:

In the interest of science, fact, truth, and respect for ecology, we have to correct his translation. 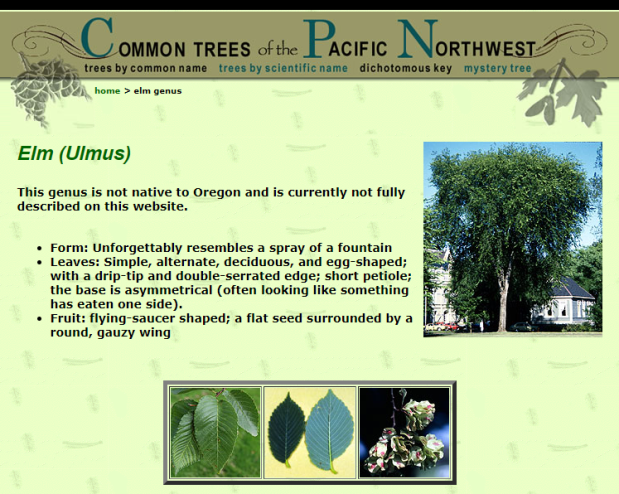 The elm (Ulmus) is not native to the Pacific Northwest, and it’s extremely doubtful that Hale would’ve seen any so early in the frontier period.

Instead, he was seeing native ash trees (Fraxinus): 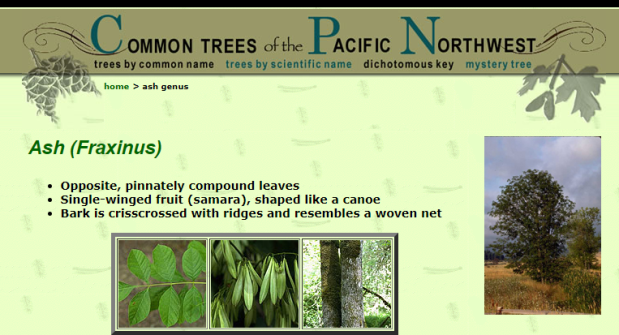 And tribal canoe paddles, like these Chinookan ones, carved from its wood: 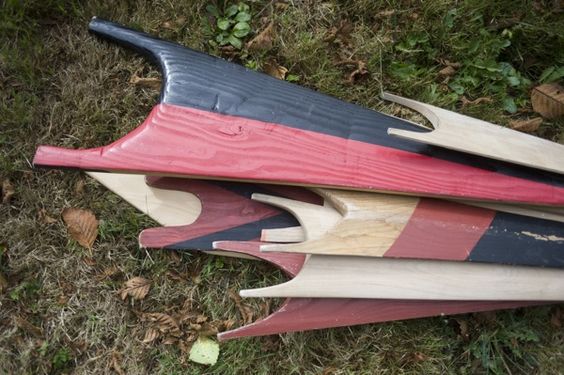 As to the etymological source of the ‘paddle-wood’ metaphor, I’m pretty confident it’s not based on French or English.

Maybe it’s borrowed from some tribal language, or specific to the Jargon.

No sign of such a term appears to me in a look at Franz Boas’s 1910 “Sketch” of Lower Chinookan. And elder Emma Luscier told linguist John P. Harrington in 1941 that ash was used for paddles only up the Columbia River, whereas yew was the material for them at Shoalwater Bay, Quinault, etc.

But in Upper Chehalis Salish the demonstrably native term for ‘ash tree’ (tawás-nł) also has a synonym (apparently less common, but using the same suffix), written as  < xoʹ.tEnEł > by Franz Boas, possibly from field notes by James Teit. This is almost surely x̣ʷúmt-nł, literally ‘paddle-tree’! (So in Dale Kinkade’s dictionary, it’d need to be moved, from the xʷ section where he provisionally alphabetized it, over to the x̣ʷ section.) Given its seeming marginal status in the language, and lack of a cognate in the nearby sister Salish languages, I’d think < xoʹ.tEnEł > is a loan-translation from Chinuk Wawa.

So our current best guess is that ‘paddle-wood’ is a metaphor that was born within CW, not borrowed from any other language.

And given Emma’s comment on its upriver character, we might very well consider this a creole-CW metaphor, one that’s specifically associated with the natively Jargon-speaking mixed-blood community centered upstream on Fort Vancouver.

By the way, some Salish languages, farther to the north than Chinook Jargon’s lower Columbia River cradle, reportedly say ‘paddle tree‘ for maples, illustrating how languages encode their own unique environments.

In that light it’s of great interest that the mid-1850s Lushootseed dictionary published by George Gibbs in 1877 has a word < hob-ti > ‘ash (x̣ʷúbti(l), [literally] paddle-wood’. If that’s accurate, I believe that is an early, now outdated, loan-translation from CJ. The 1994 Bates-Hess-Hilbert dictionary of Lushootseed even gives, for an example of the word x̣ʷúbt ‘canoe paddle’, a sentence translating as “Maple wood is what paddles are made from”!