This should have been posted on my site long ago, when I originally read it! 🤷‍♀️🤷‍♂️ 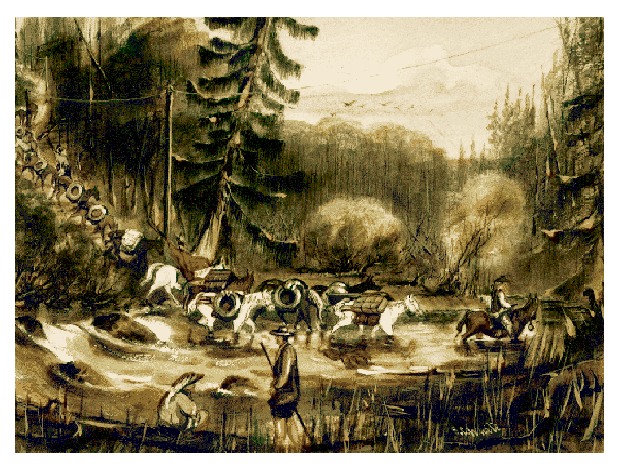 One of the media in which Chinuk Wawa was sometimes transmitted — showing that it wasn’t only a spoken language — was tiligraf, as BC CW called telegrams.

When was the first telegraph line installed in British Columbia? By 1867, shortly before the first known telegram in Jargon, evidently.

An article in an 1872 Anglican missionary publication preserves this incident for us. The article uses the Chinook Jargon words < Sockally > which it translates as “the Highest” ( = God, page 97), and < patlach > for a gift (of tobacco, page 98).

Page 99 brings us the episode I’m talking about, in which Nɬeʔképmx Salish people who had already met Rev. John Booth Good, who had been based out of Yale, BC, decide to telegraph him asking that he come to the Lytton area to work with them:

After this most interesting interview, Sashiatan and his Indians returned to their homes. But the Word of God had taken such hold of them that they could not rest. There had arisen in their souls a literal hunger for the Bread of Life, and nothing would satisfy them but the presence amongst them of him whom they had chosen as their priest and teacher. Accordingly, a month later, they actually sent a telegram to Mr. Good, asking him to come to them. The message was in Chinook, and ran thus: “Lytton Siwashes tumtum mika cloosh hyack chaco. Tikke wawwawd [sic] mika.” Which means, “The Lytton Indians think you had better make haste and come. They wish to speak to you.” Signed Challean on behalf of others.

A slightly closer look at that Chinook:

The spellings shown are fairly idiosyncratic, as if the writer(s) weren’t making use of a printed dictionary, but instead writing as they spoke. So it’s apparently genuine Jargon. I would write this in modern Grand Ronde-style spellings as —

The English-language plural < -es > on ‘Natives’ probably reflects how folks actually were speaking Jargon in that place and time. The goldrush zone of Lytton and the Fraser River generally were the most heavily Settler-populated region of BC in those days before any town was big. And Settlers mostly spoke English, so they left their stamp on BC Jargon.

I wonder about the word order, though, in ‘you should come right away’, mayka ɬúsh (h)áyáq cháku. All varieties of Chinuk Wawa have preferred to put the imperative ɬúsh before the subject (mayka), in a reflection of Salish and other Indigenous languages’ phrasing, ‘(it will be) good (if) you come quickly’. Could it be that the above quotation of the telegram is from memory only, by someone who actually wasn’t that great at talking CW? The biographical information that I’ve read on JB Good suggests that he and other Anglican missionaries were typically less fluent in Jargon than many other Settlers were…

John Booth Good is also the speaker in the oldest known audio recording in Chinuk Wawa, of some prayers and songs, made in 1907.

His several small books on and in Nɬeʔkepmxcín and Chinook Jargon are available for free online.