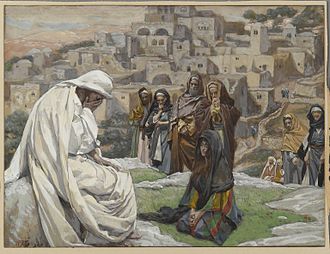 It’s the shortest verse in the King James translation of the Bible, i.e. in English. (In the original Greek, it’s written as 3 words: ἐδάκρυσεν ὁ Ἰησοῦς.)

I imagine it may also be the shortest verse among the limited portions of the Bible that have been translated into Chinuk Wawa.

How many words is the following? 🙂

Conventionally, in BC’s Chinuk Pipa literature of the 1890s-1910s, ‘Jesus Christ’ is shown as an abbreviation < ShK >; is that one word or two?

And in the quasi-standardized writing used by “Chinook” dictionaries in that era and ours, the remainder of our bible verse is considered 3 words:

I point out in my PhD dissertation that not all yaka‘s are alike. In a nutshell, you have

.By these standards, the Chinuk Wawa translation < Iawa ShK iaka krai > is only 3 words; 4 if you consider ‘Jesus Christ’ to be two words.

And because yaka-, the “resumptive pronoun”, is optional anyways, the shorter possibility < Iawa ShK krai > still leaves you with the same word count!

This discussion hasn’t even gone into the very real consideration of whether we have here the “right” or “best” translation of ‘Jesus wept.’

The original Greek means literally ‘cried the Jesus’ … but no dialect of CW would use anything equivalent to the Definite Article in expressing that.

In my opinion, starting the Jargon translation of John 11:35 with the word < iawa > is superbly good form. You see, this sentence is part of a narrative, where the apostle John is telling us an anecdote of Jesus’s life — and as with any story in CW, the scenes are linked together with < iawa >. (A reminder: more southerly dialects use álta, literally ‘(and) now’, for this function. Kamloops dialect uses yáwá, literally ‘there’.)

If someone asked you, out of context, how to say ‘Jesus wept’ in Chinuk Wawa, you’d come up with a different solution. But if you pasted that off-the-cuff translation into a CW translation of the Bible, it’d sound wrong. This language has its own cultural sense of style, and you have to respect such things to accomplish real fluency.

I’ll leave you folks with the information that only parts of the Christian Bible have ever been Chinooked. Any myths to the contrary need to be busted.

One translated selection is the Book of Mark, in a pretty weak BC Jargon translation. (“St Marks Kloosh Yiem kopa Nesika Saviour Jesus Christ“.) Almost all other Bible translations are limited readings in the Chinuk Pipa alphabet, also from BC; they’re fluent work, but obviously just a handful or less of people can now read them. (Here I’m talking about the newspaper Kamloops Wawa and the Chinook Book of Devotions.)

The above translations need to form a backbone, a reference model for any full translation of the Bible to build on. I think it will be a fascinating project, and I’d be happy to guide it.

I also predict that any truly fluent Chinuk Wawa translation of a text as familiar as the Bible will astonish a lot of readers. Knowing humans, it will in fact piss off large numbers of people. It won’t “feel” very close to the English versions that most Northwesterners are likely to know. I can remind you of the disdainful comments we’ve often seen from frontier-era observers of preaching that was done in Jargon…

The same is true of the existing Japanese or Swahili translations of the Bible, for example.

Translators have an obligation to give their readers as much as possible of the meaning that was intended by the original writer(s) — and CW is a very different language from New Testament Greek & Old Testament Hebrew/Aramaic, not to mention from English!