Keep in mind that the following was copied down by a journalistic witness, so it’s secondhand or thirdhand information. And the pioneer writer’s identity is unknown to us, but this was surely an elderly person who no longer spoke CW often.

But what we have here is a gem, for sure.

Its date alone is enough to show that this is early settler (and therefore a version of early-creolized lower Columbia River) Chinook Jargon.

It’s written in the really unique spellings of a person who spoke the language vastly more than they ever read it.

The pronunciation and the grammar are brilliant.

I suspect the only reason an English translation is given in the article (unusual for the time) is because the Jargon text is pretty long and dense. Shorter Chinook expressions are usually left as-is in post-frontier newspapers.

I’ll transcribe this whole article, and then go into more detail about the Jargon that’s in it. We’ll finish up with a number of fine photos of the family and their homestead. 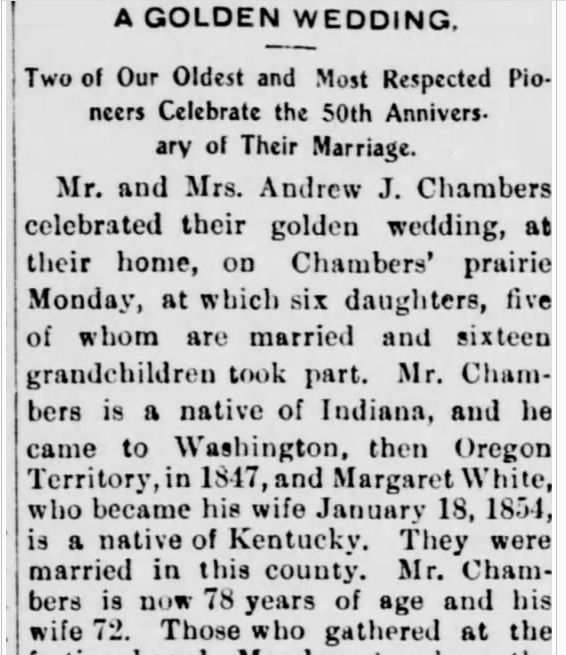 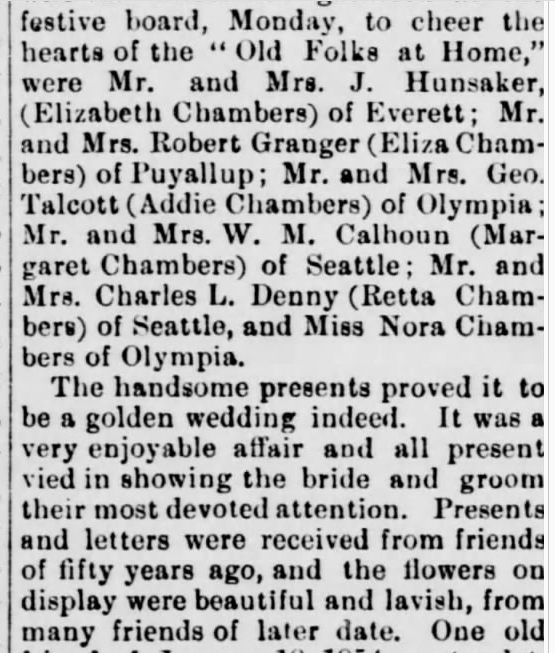 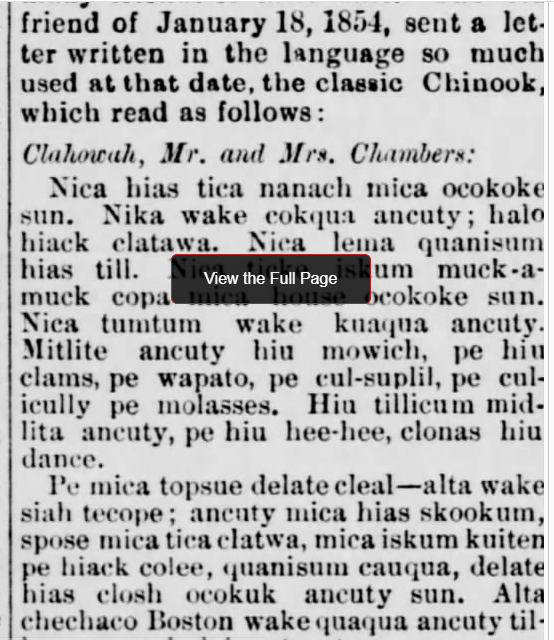 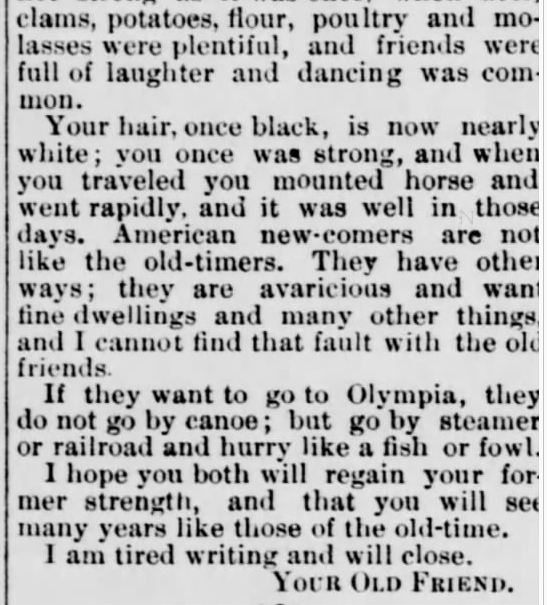 Two of Our Oldest and Most Respected Pioneers Celebrate the 50th Anniversary of Their Marriage.

The handsome presents proved it to be a golden wedding indeed. It was a very enjoyable affair and all present vied in showing the bride and groom their most devoted attention. Presents and letters were received from friends of fifty years ago, and the flowers on display were beautiful and lavish, from many friends of later date. One old friend of January 18, 1854, sent a letter written in the language so much used at that date, the classic Chinook, which read as follows:

How do you do, Mr. and Mrs. Chambers:

I would very much like to see you to-day. I am not as I was long ago, and cannot travel quickly. My limbs are always tired. I would like to dine with you at your home to-day. My heart is not strong as it was once, when deer, clams, potatoes, flour, poultry and molasses were plentiful, and friends were full of laughter and dancing was common.

Your hair, once black, is now nearly white; you once was [sic] strong, and when you traveled you mounted horse and went rapidly, and it was well in those days. American new-comers are not like the old-timers. They have other ways; they are avaricious and want fine dwellings and many other things, and I cannot find that fault with the old friends.

If they want to go to Olympia, they do not go by canoe; but go by steamer or railroad and hurry like a fish or fowl.

I hope you both will regain your former strength, and that you will see many years like those of the old-time.

I am tired writing and will close.

And now, for those of you who want to learn more Chinuk Wawa, here’s a detailed examination of the message. I’ll put it into Grand Ronde-style spellings, but some of the interesting pronunciations implied here look like mini-documents of a pretty early stage of the Jargon, for example < kuaqua / quaqua >.

I was discussing with some people the other day about how some CW speakers said yaka (literally ‘she/he’) for ‘they’. Here it looks like we have some examples of that usage.

< Cul suplil > seems to be literally ‘hard flour’ or ‘hard bread’; maybe it means ‘hardtack’? Do any of my readers have a helpful guess what frontier-era food is referred to this way?

mica hias skookum, spose mica tica clatwa, mica iskum kuiten pe
mayka hayas-skúkum, spus mayka tíki łátwa, mayka ískam kʰíyutən pi
you very-strong, when you want go, you get horse and
‘you were quite strong; when you wanted to go (somewhere), you got a horse and’

Some more photos relating to the Chambers family, courtesy of WashingtonHistory.org : 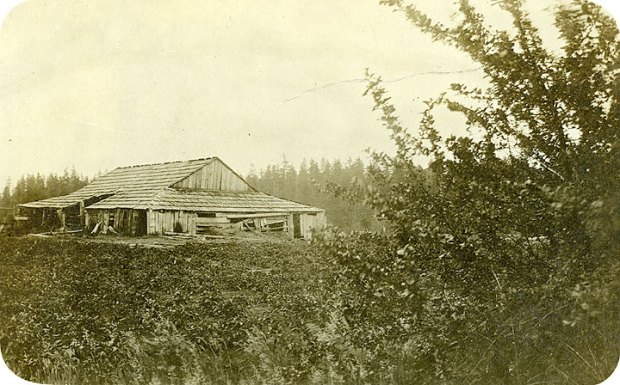 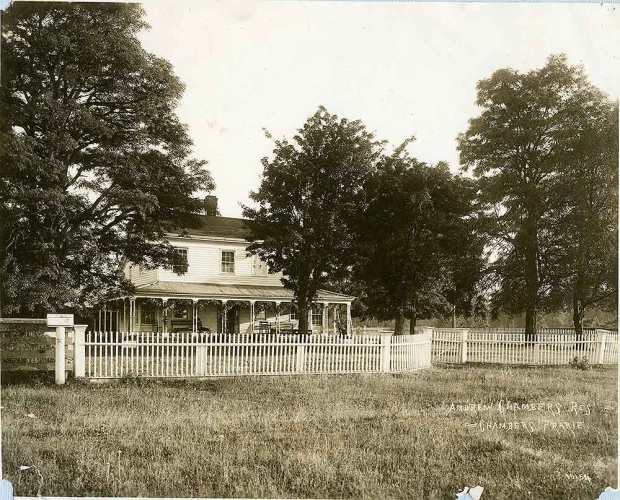 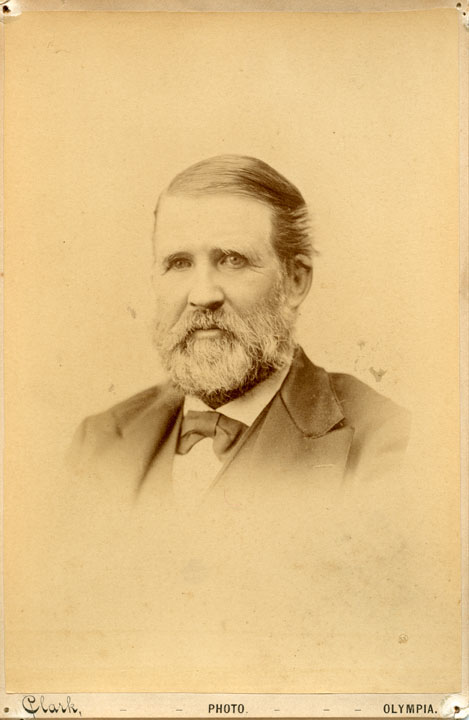 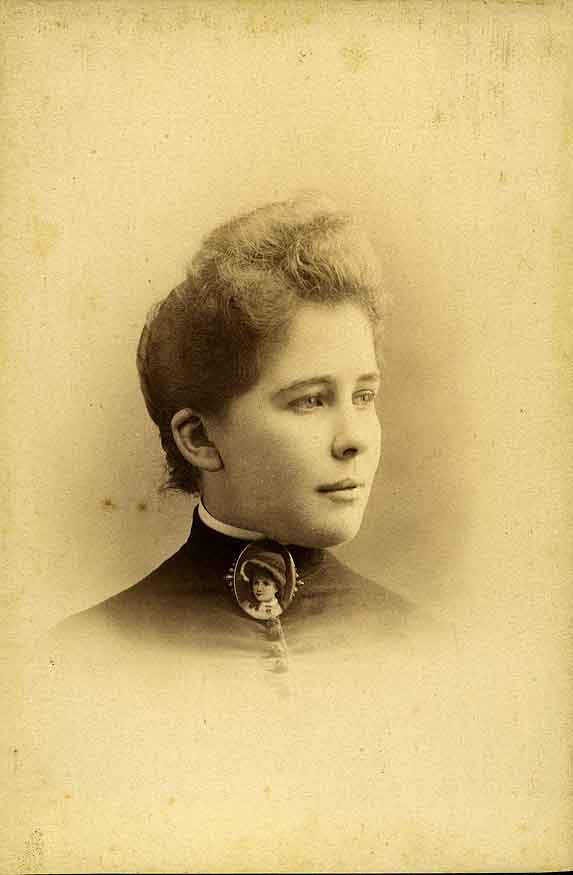 One thought on “1904, vintage 1854: An excellent Olympia anniversary greeting”