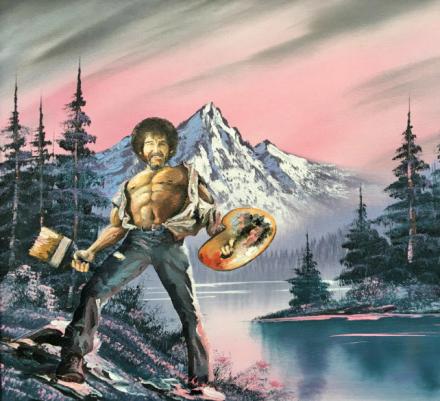 …and the fact that this is largely true amounts to a happy accident.

Any wrong details here and there in that picture can easily be turned into happy little birds.

For one, there are CW French nouns without “L” at the start. ‘Pig’ (kushu) comes to mind. No big deal.

A more significant exception to the “French nouns start in L” rule is a set of Jargon adjectives in “L”. Look this list over and see what the common thread is:

This is all about horses (kʰíyutən)! Specifically, colors of horses, although limulo is a detail within a detail.

Without the “L”, but also part of this set I think, is:

Rather early in Chinuk Wawa history, horses were already a major feature of daily life. Equine culture had come to parts of the Native Pacific Northwest a couple of generations before direct contact with Whites. French speakers came into the picture with the fur trade towards 1800, and they are known to have been connected with both Chinook Jargon and the horses that were needed to power the Hudson Bay Company’s agricultural enterprises:

…a sizable herd of horses was quickly built up at Vancouver, either through transfer from other posts or through purchases from the Indians. A visitor in May, 1825, noted that 120 horses, in addition to the cattle, were grazing on the large plain between the fort and the river.

Cowlitz Farms, naturally, was also the location of a herd of working horses.

I’ve taken a moment to establish that horses were a major presence in the Chinook Jargon environment, because of grammar.

That is, your highschool French textbook probably never once showed you that not just nouns, but adjectives too, can take the definite articles le, la, les. This happens when an adjective is used like a noun — “the grey one”, “the blond one”, etc. (It’s a usage that we can trace back to Latin, although Latin didn’t have articles!)

As a rule no French adjectives came into Jargon. The above list of words is not a violation of that rule — because every one of them was being used as a noun!

I’ve done a bit of checking into French-language books of the early 1800s, and indeed I find le gris et al. referring to horses.

The exceptional “no-L-at-the-start” sandəli fascinates me. I’m curious whether that era’s existing noun le cendré ‘cinder track’ — a roadway paved in cinders, which horse-powered vehicles traveled on — led to Francophone Jargon users finding a way to distinguish between that and ‘ash-colored’ horses. The only hint of anyone putting an “L” on this word is much later, in Father Le Jeune’s 1924 “Chinook Rudiments” from Kamloops, BC, and he’s only pointing it out as a Jargon word not used there! In connection with this, it’s interesting that J.B. Good in 1880 tells us BC speakers called a ‘roan horse’ < sand illahee > (sandy earth), in a kind of folk-etymology, as if it was kind of a rare word up there. (Many older words of Jargon dropped out when the language was suddenly transported northward in the gold rushes.) (Sand isn’t known from other Jargon sources, but such new English borrowings were a dime a dozen in BC Chinuk Wawa.)

In any case, with the above set of Jargon words, we have a nice little linguistic archaeology lesson in French-Canadian horse culture. It’s no accident that that’s the linguistic source of Chinuk Wawa’s equestrian words (which, remember, include lesitley ‘stirrrups’, lespro ‘spurs’, lapʰusmu ‘saddle-blanket’, and so on). A majority of the fur-trade employees who would’ve known how to handle the manual labor of horse technology, and who would’ve been talking about it with Indigenous people, were French speakers from Canada.

BONUS — the name of Boistfort, Washington, near Fort Vancouver and Cowlitz Farms, is evidently old. Firstly because bois fort, in Mississippi Valley (and I imagine Canadian) French, means ‘the deep forest; heavy timber’! Secondly because it’s had enough time to totally nativize in the local Upper Chehalis Salish language, as wápu.

Qu’est-ce que vous pensez de ça?
What do you think?