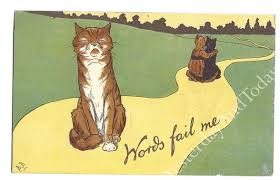 This, for example, caught my eye bigtime:

ukuk nsaika Chinuk, drit aias klahawiam
this our Chinook, really very pitiful
‘this Chinuk Wawa of ours, is really (too) pitiful’

Is this a recurrence of the old saw that “you can’t say anything substantial in Chinook Jargon?”

Keep in mind these are the thoughts of a French Catholic priest (J.M.R. Le Jeune) who grew up multilingual in Brittany, learned Latin and likely some Greek and Hebrew from a young age, and around age 20 picked up yet another language (English) with a long tradition and large specialized vocabulary for talking about Christianity.

Such a person would indeed sorely feel the mismatch between his entire previous experience of languages and the new world of Indigenous speech!

Le Jeune and his peers actually accomplished an enormous amount of progress in their linguistic project of translating Christian ideas into Aboriginal languages. In a short time, they left quite a mark, although, mind you, Native people and thought equally changed these would-be missionaries. Some of these priests started to learn to think in Jargon, in a Salish language or two, and so on.

Le Jeune in particular was a famous gifted polyglot. He was extremely fluent in Jargon, and conversant in a couple Salish languages. I’ve found other instances where he more or less flat-out claimed to be incompetent with languages — and if he was that humble, I say break out the grains of salt!

← Adjectives (sort of) from Canadian / Métis / Mississippi Valley French
“Far” as another Intensifier: a French metaphor? →