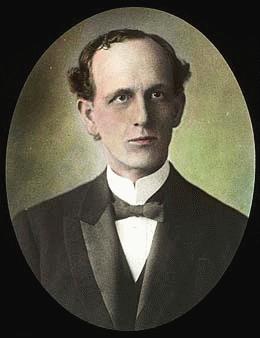 (That was one of many fires that destroyed entire Pacific Northwest cities filled with wooden structures, stimulating a boom in brickmaking and the construction trade; cf. the great Spokane fire of 1889, the Portland fire of 1873, the great Vancouver fire of 1886, the great fire of New Westminster, BC, of 1898, etc.)

There are known to exist only a handful of specimens; in WorldCat, I find 2 physical examples and a microfilmed copy. James Constantine Pilling’s 1893 bibliography gives a little more information: a description of the title page and contents, and a list of “Copies seen” which is confined to whatever single copy Pilling must have worked from at the Library of Congress.

One of the 2 known physical copies, the University of Washington one, took even that hometown institution a huge effort to obtain. A 1924 journal article reports this acquisition after no less than “ten years’ endeavour”! The same article already points out that only 2 copies definitely survive.

So imagine my joy upon discovering a manuscript of the Prosch dictionary — albeit his unpublished 1912 revision thereof — !

Here is the draft cover page: 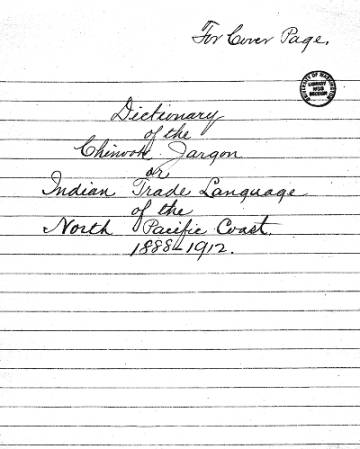 And some words from the Preface about the fate of his first edition, which other sources note was a “pamphlet”, in other words another of those small-sized handbooks of Jargon that were so common in the 19th century: 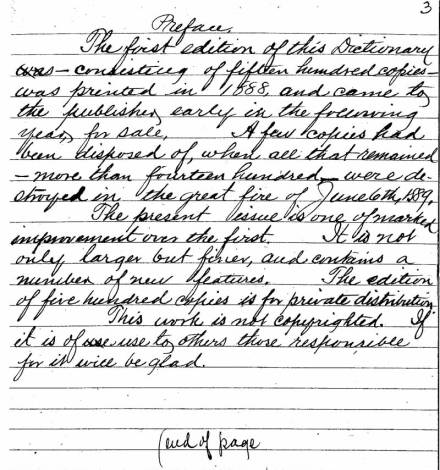 Once you get inside the dictionary, things are very interesting… 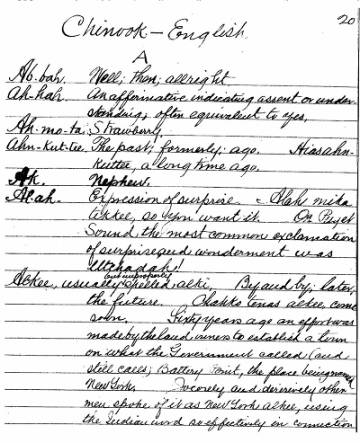 For example, Prosch points out in this page 20 entry for “Al-ah: Expression of surprise” that “On Puget Sound, the most common exclamation of surprise and wonderment was Utchadah!” The latter originated in Lushootseed Salish, the local tribal language in most of the areas of Puget Sound that saw the earliest non-Aboriginal settlement, and points to the recurringly observed phenomenon of unique local lexical composition of the Jargon in areas it had been recently imported to.

I will be researching the Prosch dictionary ms. in depth, and I’ll surely blog more about it in this space.

This is an extremely important source for our understanding of early communication between Native and non-Native people in Washington’s earliest settlement era.

← Units of measure, charismatic megafauna, & bridging from Chinook to English in 1890s Kamloops
Tobacco: not just an Indian weed →