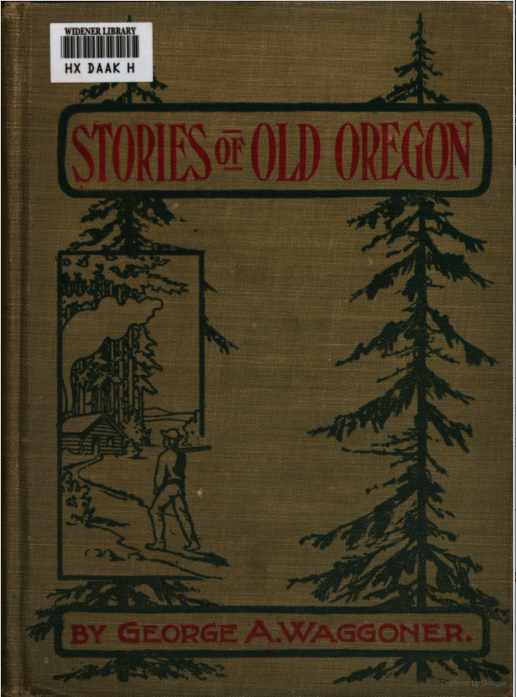 It’s said to be based in real events at the headwaters of SW Oregon’s Coquille River, and the unique spellings indicate a writer who knows Jargon more from speaking it than from reading it. 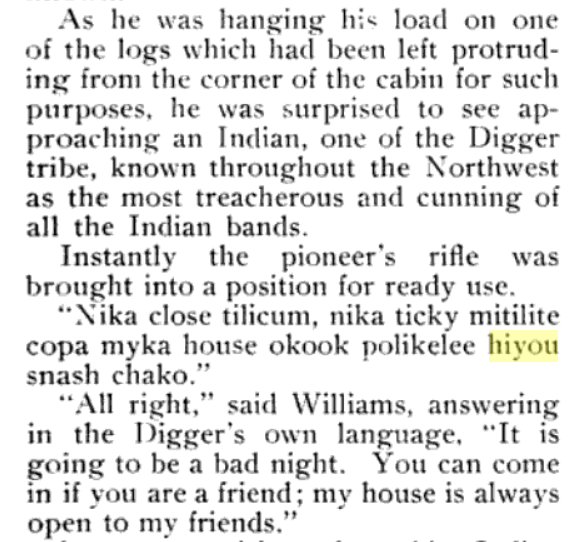 — from “A Test of Courage: A True Story of Early Days in Southern Oregon” by G[eorge].A[ndrew]. Waggoner, Oregon Native Son and Historical Magazine October 1896 (Vol. I no. 6), page 479

I’ve corrected the punctuation there. Regular readers know that I firmly maintain that oldtime typesetters often introduced errors that weren’t present in the handwritten master copies of CW material that they worked from.

There are a number of points of interest in this short quotation of a Native (likely Dene) man’s speech — represented as “his own language”, a classic Settler misconception (outside of Grand Ronde):

Of course we can’t draw many conclusions from such a tiny sample of Chinook Jargon speech, but taking it in the larger context of Jargon as we’ve found it documented, I think we have here a pretty genuine quotation from an interaction across cultures.

Waggoner, a pioneer of 1852, was also the author of a book-length memoir, “Stories of Old Oregon” (Salem, OR: Statesman Publishing Co., 1905). “A Test of Courage” is in fact the second chapter of it, introduced as an eyewitness account told to the writer by a southern Oregon friend. Interestingly, this later publication of the story uses these even weirder spellings:

That’s all the Chinook in this book, except for page 123’s anecdote of a Jargon-speaking Nez Perce Indian toll bridge operator in the Elk City / Lolo Pass area. This is one of the relatively few instances of Chinuk Wawa being documented in use in Idaho south of Kootenai territory, and typical for such, it appears to occur kind of early, approximately 1861.