On board the Washington State ferry “Salish” this summer, I snapped this…

This was a “mosquito fleet” ferry out of Poulsbo, WA, taking people to Seattle from 1909 (the same year a number of influential, popular Chinook dictionaries were published in the Northwest) until 1937. 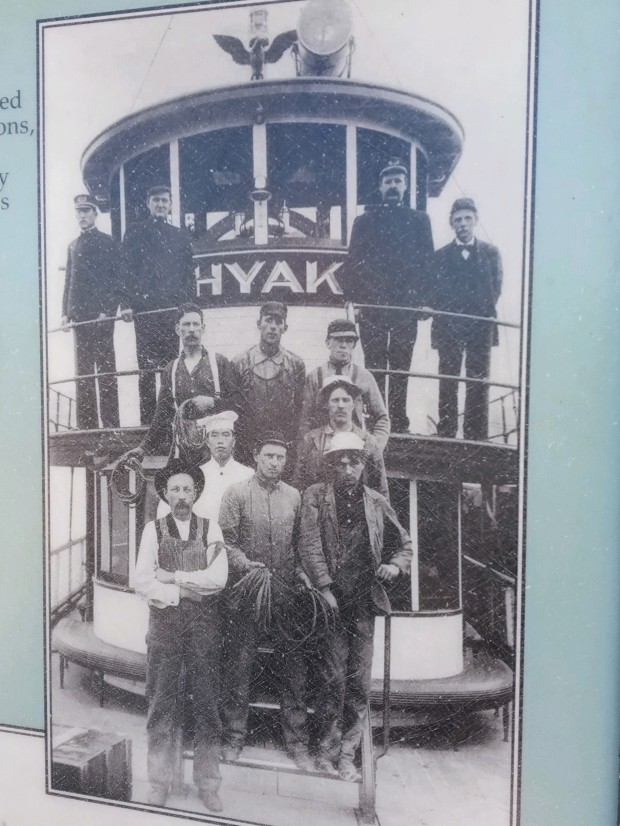 Said to have been renowned and loved for its speed, the steamer Hyak was an aptly named example of Washington’s long tradition of naming ferry boats, and their equivalents, in Chinook Jargon.

In fact Wikipedia tells us there was another Hyak at the same time, a sternwheeler on the farthest upstream part of the Columbia River.

True history nuts can visit a 7/8 replica of the above-pictured Hyak‘s pilothouse at Poulsbo’s Maritime Museum.