“Father Hennessy” of the Chilcotin

John William Hennessy is the fella who became a helper to Father Thomas (“Toma”), some of whose writing in Chinuk Pipa Chinuk Wawa is preserved in archives. Here’s a little about him, with a tangential reference to the local CW expression < keegly hole > / < keek’willy hole > (kíkwəli ‘below; low’) : 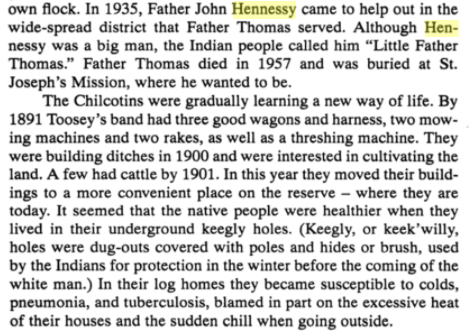 — from page 16 of “Chilcotin: Preserving Pioneer Memories” by the Witte Sisters (Surrey, BC: Heritage House, 1995)

Hennessy isn’t well-known in Jargon circles, mainly due to his late arrival on the scene; by 1935 CW was already in decline in interior BC.

However, in future posts I’ll be able to share more about Hennessy, as we have audio recordings of him reminiscing about those times and about speaking CW.

Incidentally, elsewhere in the book is a recollection typical for the Chilcotin region, of a frontier-era Native person speaking a blend of CW and “broken” English, although what’s quoted lacks a CW component: 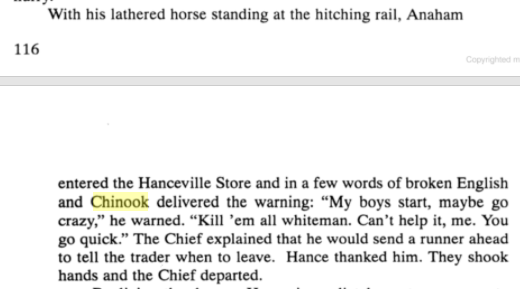