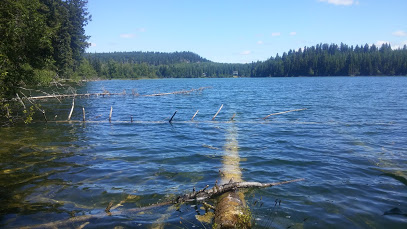 …meant you were in on the joke. 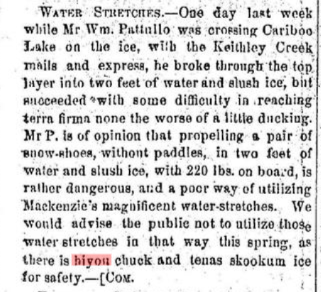 WATER STRETCHES. — One day last week while Mr. Wm. Pattullo [1841-????] was crossing Cariboo Lake on the ice, with the Keithley Creek mails and express, he broke through the top layer into two feet of water and slush ice, but succeeded with some difficulty in reaching terra firma none the worse of a little ducking. Mr. P. is of opinion that propelling a pair of snow-shoes, without paddles, in two feet of water and slush ice, with 220 lbs. on board, is rather dangerous, and a poor way of utilizing [Prime Minister Alexander] Mackenzie‘s magnificent water-stretches. We would advise the public not to utilize these water stretches in that way this spring, as there is hiyou chuck and tenas skookum ice for safety. — COM.

“Magnificent water stretches” was a popular phrase in the political debates of the time over railroad building in Canada. PM Mackenzie may have been dogged by it; I found a debate a decade later still turning on this expression.

Ah, and the Chinook in the above article — it’s pretty self-explanatory:

The asterisk means that it’s somewhat hard to infer the pronunciation that was used for < tenas >. Using all the documentary evidence I know of, I lean towards something like “tun-ASS” or “ten-ASS” or “TEN-ass”. Hopefully with this guess I’m not making too much of an ass of myself.

Another little point: I recently drew your attention to the fact that < ice > is really a word of Chinuk Wawa. This is especially true in British Columbia, where you hardly find traces of old expressions for it like

And that fits with the pattern I like to remind you of, with Chinook Jargon losing old words when it moved to newer, later locales of use; new words from English then usually filled in the gaps. 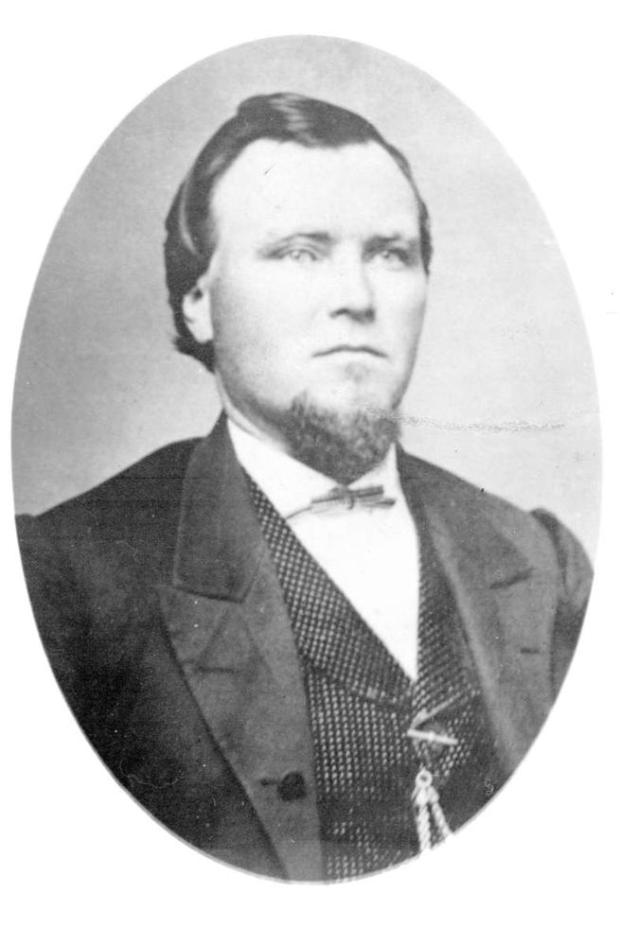