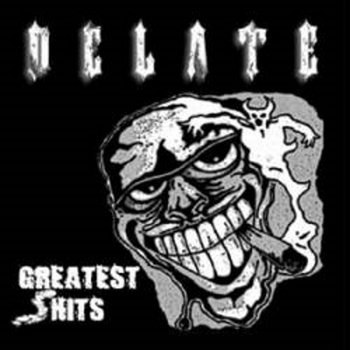 Chinook Jargon, like any speech community, has developed standard ways of doing things, but sometimes one standard conflicts with another.

I recall vividly my amazement that a pronunciation dret is normal in Grand Rounde’s creolized Jargon.

Literally every source that I’d read before that point told me that this word, meaning ‘right, true, straight’, is pronounced more like dlet! The spellings in older sources were in fact so standardized that I knew to expect seeing < delate > written whenever this word was used.

Well, then I made one of the better investments in my Chinuk Wawa-loving life: I sent off for a copy of Samuel V. Johnson’s 1978 dissertation.

It’s no easy read. Those hundreds of pages are crammed with data, and printed on a 1978-era dot-matrix machine, then photocopied with a 1978-era Xerox. Aná! It’s enough to make your eyes cross.

But the great thing SV Johnson did to enlighten us was this: he painstakingly showed how you don’t need to pay attention to very many of the (dozens of) old Jargon dictionaries. The reason there seems to be such unanimity in their points of view and their spellings is…they were copying off each other like crazy.

There’s no denying that < delate > became “the right way” to spell this Jargon word, for those people and circumstances that demanded a written form. This, in practice, for the longest time meant the English-dominant society, with its interest in naming things. Landscape features for instance: in Washington state, there’s a stream officially named Delate Creek, a lovely Delate Meadow, and so on.

So you wound up seeing a standard written form < delate >, even as Chinuk Wawa progressively faded from most people’s spoken experience.

But was this “L” version always what people expected to hear? Take a look in one of the many appendixes of SV Johnson’s dissertation, where he compiles the various forms of each word as given by a variety of old dictionaries:

Following the then-influential ideas of Michael Silverstein about Chinuk Wawa, Johnson tried to average all this out into a kind of underlying pronunciation that all Jargon users everywhere might have been trying their best to imitate. He decided on < ti-let >. This is kind of an ironic choice, because from the earliest record onward, we consistently see variation in this word between the “R” and “L” sound.

(And I have real doubts that some subset of speakers through all those decades took it into their heads to mutate an official “L” into an oddball “R”! The reverse adaptation, R > L, is far more common in human languages, and is historically the case with this word’s development from Canadian French.)

This free variation occurs both in the older lower Columbia River area (the first 5 lines of data above), and the later northerly regions that Chinuk Wawa expanded into (the last 3 lines).

So Grand Rounde’s “R” pronunciation of dret is straight-up Jargon with a fine old pedigree.

In light of everything I’ve said above, I found it really interesting to notice in the Chinook Jargon dictionary published in approximately twelve trillion editions by Portland, Oregon stationer John Kaye Gill, that he seems to have started out with a recognizably Grand Rounde-style spelling < di-ráte >, for example in his 1884 tenth edition. But by the fifteenth edition in 1909, he has < dē-lāʹte > — as if to still indicate pronunciation as exactly as he can while conforming to what had become the standardized spelling.

Conflicting standards, acted out by one person, providing a Chinuk Wawa history lesson in miniature.

← An American Oberammergau, by Harlan I. Smith
For bald heads! (My ears are burning) →