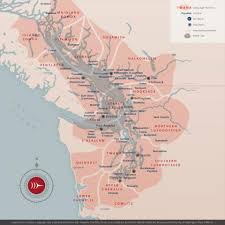 The other day, I concluded that Chinuk Wawa compound-word formation must date quite far back. So let’s pursue this thought…

What are some frequent patterns in CW compounding.

For starters, we can observe that these formations in the Jargon have certain formal traits. They are:

As I always try to ask, how did this come about? What could be the inspiration, the model, for such a well-defined compound structure? (Beyond simple universal tendencies that transcend individual languages.)

I’ve recently pointed out the possibility that Chinuk Wawa’s “Nootka Jargon” precursor engaged in some compounding. But NJ seems to have essentially contributed nothing but a few vocabulary items, exerting no detectable influence on CW’s grammar. So we can turn to the four known major formative influences on the birth of the Wawa as we know it, listed alphabetically:

Thinking first about the grammatical pattern of compounding:

Out of all of these, then, Chinookan and French look weak or irrelevant as explanatory factors for Chinook Jargon’s grammar of compounding.

The close relevance of English is obvious, though. So is that of SW Washington’s Coast Salish languages, when you absorb the realization that their lexical suffixation matches our description of the Jargon’s noun compounds.

Is there any simple test we might apply to get a sense of whether it was English or Salish that played the bigger formative role in forming this Jargon feature?

I suggest that there is. Let’s move on from syntax to semantics. Do the meanings that we find in CW compounds give us a clue about source languages?

For the moment, let’s confidently assume that we know English really really well, without examining it here in detail. When we examine the Salish evidence, we’ll be able to spot anything that’s obviously paralleled in English.

So: what meanings do lexical suffix heads have in SW WA Salish? Using M. Dale Kinkade’s “Upper Chehalis Dictionary” as a reference, I’m going to list the meanings of those that occur with the greatest number of roots, i.e. “the most frequent”. (Note, many of these entries represent multiple lexical suffixes.) Because we’re comparing with Chinuk Wawa, I’ll show CW equivalents in brackets if they are known to be common in noun compounds.

[A methodological note: most Chinuk Wawa dictionaries list compounds only by their first member. If you’ve been paying attention today, you’ll realize that a result will be to group together unrelated compounds, having totally different heads (second members). This makes it somewhat harder to evaluate whether a given lexical-suffix head is paralleled by a common CW one.]

To my mind, these results are compelling.

BODY-PART compounds as a type are not common in Chinuk Wawa, and the two members of that group that are frequent are in metaphorical use only. Here we should note a reason why body-part lexical suffixes get so much play in their native Salish: they’re often paired with verb roots, which then act as the head, resulting in a verbal stem, not a nominal one.

Does this distribution reflect English influence equally or more than Salish? No. Just consider, do people who grow up speaking English have any habit of saying compounds that correspond with the relevant Jargon ones? ‘Outside-house’ for ‘bathroom’? ‘Fire-wagon’ for ‘automobile’? ‘Sky-people’ for ‘angels’? Etc.

Salish is the most relevant model for those noun compounds of Chinuk Wawa that are relevant to the above list.

Sharp-minded readers like you will have more questions. Don’t there exist plenty more compound nouns in Chinuk Wawa, obviously formed in the post-contact era so they can’t be aboriginal Salish ideas? Yes, of course, and I’m not claiming that CW compounds are Salish ones, although many replicate the conceptual structure of the latter.

The key idea is to generalize beyond individual metaphors, and see that Chinuk Wawa has developed a productive grammatical rule. That rule is very much alive in the language, and new compound nouns are still formed with great spontaneity. It’s irrelevant (now) whether the “head” used is one of the old core concepts in the Salish-oriented list above, or is a newer noun meaning ‘computer’ or ‘book’ or anything else.

I have to admit a procedural weakness in the case I’m making today: I haven’t yet created or tracked down a comprehensive categorization of English-language compounds, which is a huge research area. Will any types of Chinuk Wawa noun compounds reflect Anglophone influence? It’s logically possible.

But I argued above that the common CW X+Verb complexes amount, not to compounds as English grammar might make them, but to affixed verbs (which lately in this space I’ve been arguing were inspired by Indigenous grammars). And I’m skeptical that English-modeled (“calqued”) compounds will be found in appreciable numbers — at least until the 21st century. The highly successful Chinuk Wawa revitalization has led to vigorous new trends in the lexicon, which you can expect me to write about before too long.

So today I’m sticking with my claim that we’ve got yet more previously unrecognized Salish influence in the Jargon.

← Lush life: a Chinookan idea
Bound for Yachats, with the Anti-Fats, etc. →