There are things I find in my work with old documents that would be disturbing if taken out of context.

Some Chinook Jargon dictionaries have swastikas on their covers.  (“It’s an ‘Indian’ symbol!” was the thought.  There may have been some confusion between India and Indians there.) 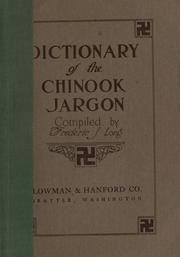 And using iconography that would turn out to looks very bad a few decades later, the Chinook ‘early church history’ of 1897, which busily bashes the Jews at every turn, includes illustrations of beswastika’ed Christian martyrs. 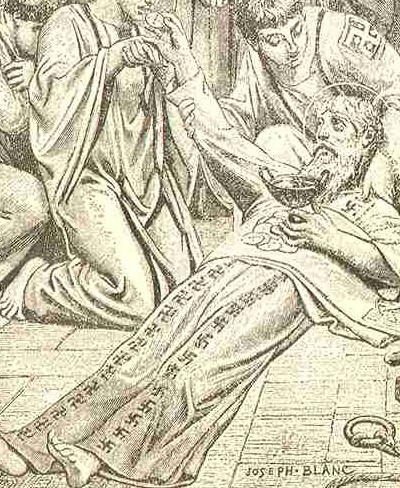 The latest discovery in this category is an enigmatic Tilakums Katsuk pin (badge, if you’re un-American).  Its age and provenance are unknown, and the slogan in Chinook Jargon, being so brief, is kind of hard to translate.  (The other day I wrote about how it’s the short bits that are the hardest to reliably interpret.) 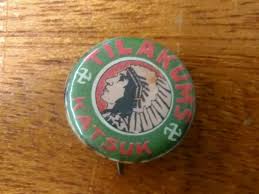 Let’s say this was created by white people. I mean, you’ve got not just two swastikas but also a Plains-style headdress mishmashed with some Chinuk Wawa.

So, despite its reverse word-order, Tilakums Katsuk means “Between Friends” — because the white people who were the usual suspects in the making of paraphernalia like this piece usually meant “friend” when they used the word tilixam, and they usually threw the English noun-plural suffix -s onto it: tillicums, in a frequent spelling. 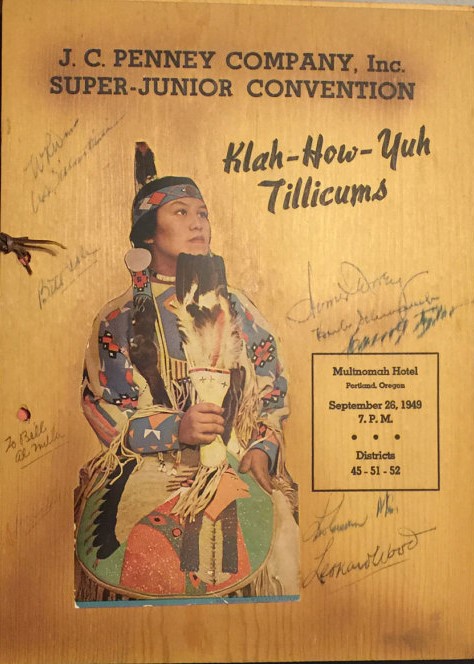 In my efforts to chase down the source of the above button, I discovered that the specific spelling tilakums is quite rare; just two publications containing it came up in Google Books today.  One is a 1926 notice that the Spokane, Washington Chronicle newspaper (I carried it as a paperboy years ago) was starting a “junior page” titled “Chronicle Tilakums“.

The more interesting find is in Sunset: The Magazine of the Pacific and of All the Far West, volume 44, number 5 (May 1920).  On page 133, in a personal letter of 5-21-1914 from Joseph Winapsnoot of Tutawilla [Tutuilla], Oregon, various Jargon occurs: 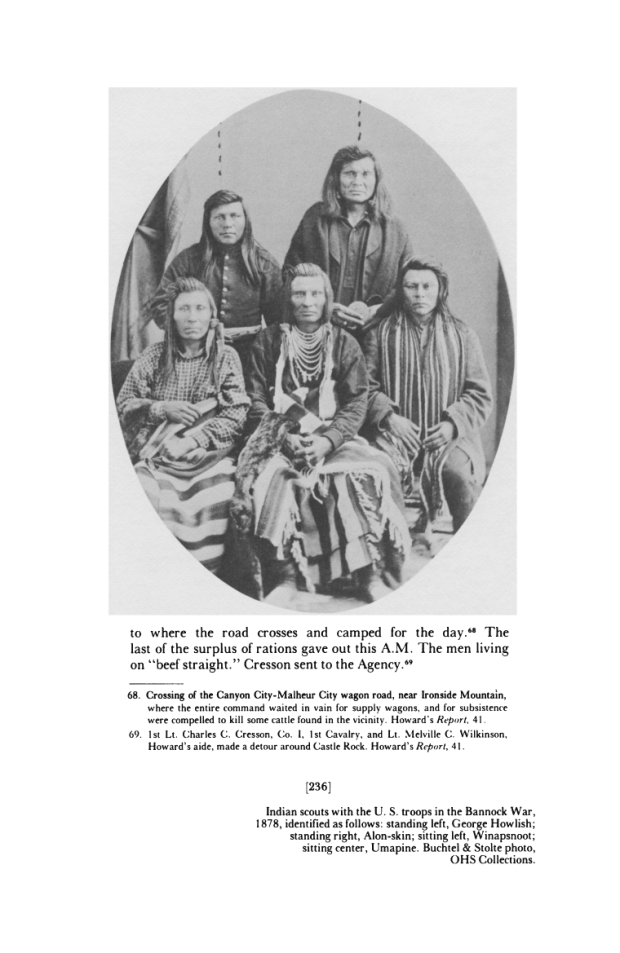 By no coincidence, there’s another article on pages 130-132 where author David Johnson mentions the phrase “Boston tilakums” in connection with an Indigenous washerwoman, Susan Winapsnoot.  Susan’s and other Indians’ way of talking is a mix of Chinuk Wawa and pidgin English, for example fresh “olalla” (huckleberries) are sold by Indians in rawhide pouches for “ickt dollar a pouch (one dollar)”.

These folks’ words are quoted at invaluable length in this reminiscence from 1878’s Bannock War:

Hurriedly gathering her blanket about her she mounted her pony and galloped away across the dusty hill toward McKay creek.

The news was not altogether new, as rumors had reached us that the Piutes were restless and that trouble was anticipated. Should we pay any attention to Susan’s warning?

Our nearest neighbor was a mile distant, and he an old bachelor. It was four miles to the little town of Pilot Rock and that place contained less than fifty inhabitants at its best. In case of hostilities they would be at the mercy of the hostiles.

That night was one of the cruelest experiences of my eventful life. There was nothing but a constant foreboding of the most fell disaster. The distant barking of a neighbor’s dog sent a cold chill through us. The howl of a coyote on the hillside made a cold perspiration. The hooting of an owl in the grove below the house sounded like the crack of doom. Even the clock-like ting, ting, ting, of the bell on old Mot as she lay contentedly chewing her cud carried to our strained ears no comfort.

A little after daybreak we were given the worst fright of all. A gruff “Wouff, wouff!” followed by a genuine war cry from an apparent hostile throat, made my hair stand on end and my heart stand still. Winchester in hand I approached the window and peered timidly out. Never a more welcome sight greeted the heart of beleaguered mankind. It was Winapsnoot.

…After two months absence we returned to our abandoned home…The following morning Susan put in an early appearance…neither Susan nor WInapsnoot ever afterward mentioned the war, with one exception, when Winapsnoot said: “Wake klose mitlite kopa mika house pe koniway tilakum halo nanich.” (Not good to stop about our house when he couldn’t see us.)

[A later anecdote:]…During this visit she made my wife promise to visit them at their “Boston” home, for Winapsnoot had now adopted the “Boston” way and was farming. That is, he was renting his land to breeds and squaw-men…Susan shook her head after she had shown us her Boston acquirements and remarked: “Wake klose.” (No good.) They did not appeal to her wild nature.

By the way, my second vote is to reflect the cultural bridging that we see in the Tilakums Katsuk pin, and translate its words as “Tilikum Crossing” 🙂 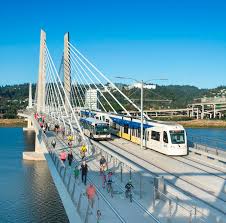 One thought on “Tilakums Katsuk, swastikas, and the Bannock War”