I found something that’s definitely usable in 2015, in an 1892 Chinook newspaper — it’s their “leftovers”. 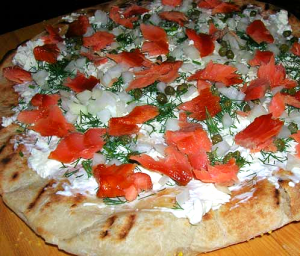 In previous years, I’ve read my way through every one of the 250 or so issues of Kamloops Wawa.  That was background research for my PhD dissertation, teaching myself the language and chasing leads on Aboriginal people’s Chinook writing.

Now I’m involved in transcribing all of those roughly 2,000 pages.  I’ll do the same with them as I did with the Indian letters: I’ll make a dictionary, a grammar (because the Jargon is used differently by the white newspaper writers from how the Native people spoke it), and a text collection.

I intend to publish all of these.  The shorthand-alphabet CJ from British Columbia amounts, in my estimate, to at least 75% of all existing Chinook Jargon, so by getting it “out of” the shorthand & into the same alphabet as English, I will

In the course of this work, I discover a lot of wonderful facts that are sort of hidden in the details.  Now that I’ve switched mental modes from skimming through it looking for facts, over to  a kind of savoring each word, the significance of each word comes into sharper focus for me.

Today I have a really fun example, from a Chinook Bible history that ran early in this newspaper’s existence.

Let me once again shoot down one of the urban legends here — the Bible was never translated into Chinuk Wawa.  (A couple of books of it received translations of varying quality, but a full and reliable translation is a project yet to be accomplished.  Hire a linguist, hint hint.)

The closest you’ll get to a Chinook Bible yet, and it’s no lazy workaround, is Bishop Durieu’s Chinook BIble History.  That work actually seems to compile the summarizations and translations of Oblate Fathers Louis-Napoléon St. Onge OMI and Paul Durieu OMI with the shorthand transcription and stylistic editing of Jean-Marie-Raphael Le Jeune OMI.  The result is a Cliff’s Notes sort of sketch of what’s told in the Bible.  It’s a pretty efficient solution, in fact, to the problem these missionaries faced of preaching to Native people who spoke many different languages but could usually be approached via the Jargon.

Let’s get to the good stuff at last.  This comes out of a telling of the Bible story about the “feeding of the 5,000”, you know, Jesus’s “loaves and fishes” miracle.

Once the assembled multitude has been fed by the apostles, issue 15[b], page 6, relates that Jesus says:

That’s an expression for “leftovers” that’s easy to understand, clearly describing what’s to be collected as “what nobody’s eaten”.  (It’s also beautifully grammatical Jargon, by the way, with a relative clause, a negative imperative, and a null inanimate third-person subject instead of “yaka”, which should be reserved for animates.  This last point shows the authorship of Durieu or St. Onge, not editor Le Jeune; read on.)  What tickles me, though, is when Father Le Jeune (mistakenly?) retells the same story in issue 17, page 66.  Here he has Jesus requesting:

Focusing just on the same “leftovers” object of the “gathering up”, you can see that Le Jeune slips in an expression we haven’t seen previously in Chinook Jargon dictionaries.  This tu myush is his shorthand way of rendering the English loan too much.  Interestingly, that’s a phrase that also shows up in most of the pidgin and creole Englishes I’ve encountered, e.g. from the Pacific Ocean area, so it may support what my dissertation observes of pidgin-English-looking loans in Kamloops-area CJ.  Admittedly, it’s more likely that this slip by Le Jeune into “English”, like so many other examples in his own writing and in the Aboriginal letters, straightforwardly shows the enormous influence of spoken English on local Chinuk Wawa.  I’m translating it as “leftovers”, not as “too much”, because it’s being used as a noun; in the English of mother-tongue speakers, we don’t say “their too-much”!

At any rate, this version of the “gather it up” passage is Le Jeune’s creation; he typically uses iaka (yaka) for inanimate third persons, whereas both local Native people and folks who learned fluent Jargon in other regions–like Durieu and St. Onge–are better at omitting it, as mentioned a couple paragraphs ago.

The point is, the evidence suggests that this tu myush is authentic local CJ — and a discovery that expands our knowledge of Jargon words that we can bring into our modern daily lives.  In 2015, we have the luxury (and the curse) of often having an excess of food.  So it’s nice to be able to talk about this frequent experience, while revitalizing Chinuk Wawa!

Makes me want to have a potluck language night…

← I love you: An old love letter, and emotions, in Chinuk Wawa
A long(,) lost Jesuit manuscript of Jargon? →