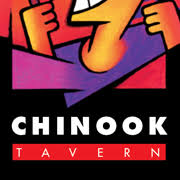 Discoveries about Chinuk Wawa since 1888 show that there’s a lot more happening in these songs than Dr. Boas’s article recognized.

Here are 3 more songs’ worth of evidence.

Wawa naika! maika mash naika?
wáwa náyka! máyka másh náyka?
tell me! you leave me?
‘Tell me, why [2] will you cast me off?’
DDR: ‘Tell me, are you leaving me?’

< sister > [1] is said to be a north coast Chinuk Wawa word for ‘sweetheart’. (See “Another Old BC Jargon Song“.) That understanding works well throughout this song collection.

‘Why’ [2] does not, strictly speaking, occur a second time in the text.

< Ya un aya! > [3] These closely resemble the other Haida-sourced interjections we’ve kept seeing in the Victoria Chinook Jargon songs.

This is another lyric that Boas translates accurately enough to give readers its general sense. However, once again there are one or more details that he demonstrably misses.

The noun úl[-]mán[1], as I pointed out in a previous song in the same collection, does not refer to a woman in any variety of Chinook Jargon I’ve encountered. Did it seem comparable with English ‘woman’ to Boas? He unfortunately doesn’t indicate the gender of the singer for very many songs here, but if this lyric was indeed sung from the point of view of a jilted or jealous female, then we have to infer that < ole[-]man > in Victoria First Nations CJ was gender-neutral. That isn’t preposterous, since this term can be translated as an adjective ‘old’, modifying any noun, in some other CJ dialects. But Boas, who translates the word as ‘old man, old woman, husband, wife’ in the vocabulary that ends his article, offers more conflicting than supporting evidence for that view, so I’m quite skeptical.

The negator hílu [2] in this collection of lyrics is of limited occurrence. Outside of the present song, we find it as a quantifier, in one other song, in the expression for ‘nobody’. Otherwise, the usual negator is < wake > (wik). So I lean toward seeing the present expression as more precisely ‘(having) no strength; out of strength; worn-out’.

Barring evidence that we don’t have access to, this song’s translation by Boas if of questionable accuracy.

bíya*-háws [1] is pretty clearly a north coast Chinook Jargon word for ‘tavern, saloon, bar’, from all evidence such as the local Indigenous languages’ phrasing of it that I’ve recently written about here. It may be influenced by the UK English ‘beerhouse‘, if not by the later-vintage BC ‘beer parlour’.

bástən [2] probably here means generically ‘White people’. I know of no compelling reason to think it’s ‘American’ here; by the 1880s, well past the Fraser River gold rushes, US folks were nowhere near the huge component of Victoria society that they had once been.

(t)łátwa [3], as we see in quite a few of the other “Chinook Songs”, is typically used for ‘leave, depart’ — here referring to Billy being 86’ed (or “siwashed” in a Jargon-derived English regionalism) from the bar.

hayu-kʰiláy [4] is pretty clearly another of those Chinuk Wawa “small clauses”, subordinate (backgrounded) expressions having no overt subject and equivalent to English “-ing” participles. If I may be permitted to dwell on the point, these kinds of expressions are one of the several structures that virtually always escaped the notice of non-Native documentors of the Jargon. These usually got translated with a deplorable caveman style of English such as, say, here, “much cry”. (Ugh!) To Boas’s credit, he does not fall into that particular trap, but the error he makes instead is to conflate hayu-kʰiláy (literally ‘much-cry’) with the Intensive form of the verb. The problem with that is that the Intensive would be hayas-kʰiláy. What this hayu-kʰiláy expresses, though, is the Progressive Aspect, expressing a currently ongoing situation, i.e. something occurring while Billy is being 86’ed.

For the first half of the lyrics, Boas is dead on. In the second half, he’s pretty wide of the mark in terms of recognizing the song’s setting.