Hop off that roost & play linguistic chicken with me 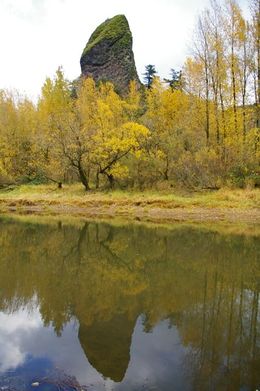 I.e. this article will be in questionable taste for some readers.

That’s obviously one of the “French” words in Jargon.

The standard French word that you’d be taught in a classroom is les poulets. The ever-helpful internet advises me that this is the word for ‘chicken’ as a food we eat; by contrast poule is supposedly ‘hen’, vs. coq ‘rooster’.

Our lepʰúl is a word that the Grand Ronde Tribes’ 2012 dictionary supplies a Métis/Canadian etymology for: les poules. The idea being that in North American French varieties, poule was a generic word for ‘chickens’.

(And in real life, you’d speak of domesticated chickens in the plural. They’re kept in flocks, more valuable for their eggs…another nonspecific plural!…than for their meat, which you’d seldom eat.)

The dictionary has already taken care of supplying a scholarly reference for this word’s source. But since I’ve been showing parallels in “Mississippi Valley French” as documented by John Francis McDermott (1941), here’s a short list of further phrases that show how heavily this word poule was used (page 276):

Quite a range of bird species is covered by this word! Maybe it was in effect the generic word for North American bird species?

I notice that McDermott’s entries for oiseau, which at least in standard French is the generic for ‘bird’, might be seen as “special cases”:

I’m not well-informed on cultural attitudes toward the turkey buzzard in the Mississippi Valley, but those first two are clearly specialized — and I therefore suspect elevated — usages of oiseau.

This second observation doesn’t directly bear on Chinuk Wawa. But in terms of linguistic archaeology’s contribution to our understanding, a functional difference between poule and oiseau may help us understand both:

A parting shot here: Chinuk Wawa did, however, import French le coq ‘the rooster’ as likʰák ‘rooster; a man’s personal name’. We know this word in CW from as early as Father Lionnet’s word list compiled well before its 1853 publication date. The pronunciation with li suggests the Métis/Michif way of saying le, whereas the vowel a brings to mind American English cock. Now, since there’s another word from English for ‘rooster’ in Jargon (~lústa, seen in Kamloops dialect), as well as a typically phrasal synonym (man lapool in JK Gill’s dictionary), we may suspect that something is up.

Jay Powell in 1985 reported, as a matter of fact, that < lecock > was used for ‘penis’ in Jargon; cf. North American English slang ‘cock’. And JK Gill in a roundabout way reinforces that claim, noting that Rooster Rock (get it?) on the Columbia River “was a notable wootlat” — another  of the several synonyms for ‘phallus’. (See also: Brian Setzer’s song “Rooster Rock“.)

In the case of ‘cock’, we’re seeing a Chinuk Wawa metaphor that traces back to European languages, rather than the Native ones I’ve often pointed out.

Yes, just like a real language ( 🙂 ), Chinook Jargon had plenty of words for the naughty bits, and par for the course, they weren’t always clearly shown as such in the old-time dictionaries.

So in today’s discussion, we’ve had variously close approaches to some original French words that hatched into some interesting things in Jargon.

kata maika tomtom?
What do you think?