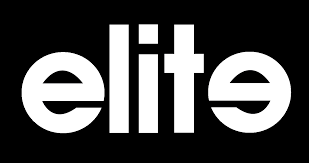 This is another historically documented spelling of the Chinuk Wawa word, believe it or not (image credit: Elite Limousine)

Up in British Columbia’s Chinuk Wawa-speaking territory, a peculiar version of the word for ‘slave’ took hold…

…and I got wondering about how & why.

In BC, both in Rev. John B. Good’s 1880 vocabulary and the 1890’s Kamloops Wawa (plus its spinoffs like the Chinook Manual and the Chinook Book of Devotions), you see something like iláytin for ‘slave’.

The reason that this is remarkable is, the word originally was iláytix in Shoalwater-Clatsop Lower Chinookan. It’s practically INCONCEIVABLE that the original /x/ would turn into /n/, in just a few decades of spoken usage. This quite gentle “front of the mouth” /x/ did drop off in many people’s pronunciation, which is actually, you know, conceivable. As a matter of fact, that vowel-final pronunciation is what you find in nearly all of the old published authorities. And that’s how the known alternate spelling < elite > became possible.

(There are some funny alternations called “hardening” and “softening” between /x/’s and other sounds in Vancouver Island’s Nuučaan̓uł language, a member of the southern branch of the Wakashan family. But those doesn’t involve /n/, and in any case they would hardly have played a role in CW.)

Anyway, I have two ideas about how ilaytix became ilaytin in BC.

One is the more far-fetched. What if Lower Chinookan speakers, who were accustomed to speaking Lower Chehalis Salish with other folks and wound up taking plenty of L. Chehalis into their language, reinterpreted their own ilaytix as having a borrowed Salish suffix -t(i)n? (The existence of which I’ve suggested recently on this site.)

An argument against that idea is that the -t(i)n form shows up primarily on large-fauna words. Not on words for humans. And we have no evidence of the final-N form being used in the lower Columbia area.

Second idea, then. I think this is so boring that it could be the true explanation 🙂 The ilaytin form is just a spelling error — more accurately a reading mistake. This is a relatively easy point to argue for, since the consonant-final spellings are so few that it’s easy to track them down.

This all could trace back to the idiosyncratic alphabet used by Father Demers in his 1830s-to-1871 documentation of Chinook Jargon. There, to represent a “guttural” sound similar to German < ch >, Demers used a lowercase letter “h”, but with the right leg broken off.  So, using “ʰ” to stand in for the weird H, this word is written as < elaïtiʰ > (and the unexplained variant < elaik > ) by Demers (1871:14).

We know that pioneering missionaries Demers and Blanchet taught succeeding generations of priests the Jargon, including Paul Durieu, who then went on to teach Father Le Jeune, who made the famous Kamloops Wawa newspaper. I can easily imagine young (20-year-old) Le Jeune reading Durieu’s “flying sheets” — feuilles volantes (notebook pages) — during the Atlantic crossing, which he tells us is when he was taught Jargon, and misreading “broke-leg” H as an N in some words. In the word for ‘slave’, which should be quite rare in conversation and practice drills (!), I can imagine Le Jeune’s mistake going unnoticed and uncorrected.

What we’d then refer to as Le Jeune’s erroneous ilaytin spelling/pronunciation went on to get popularized, when 15 years later he launched the Chinuk pipa shorthand writing and the Kamloops Wawa newspaper.

However, this leaves something to be explained. John Booth Good has, in 1880 and therefore before Le Jeune’s publications, < e-lîtan > for ‘slave’ (page 24). Did Good, too, independently misread someone’s published final-H spelling of the word, e.g. Joel Palmer’s < eliteh > (1847:264)? Because Good wouldn’t likely have gotten it from Durieu or Demers et al.; he was a Protestant and they were Catholics. The two Christian factions didn’t tend to play nicely together.

Maybe it went the other way around, in a historical irony — maybe Good’s publisher misread his manuscript and turned a handwritten “H” into a published “N” by pure random accident? (But I don’t notice other words with such a typo.)

Well now, there are signs of authentic local usage in Good’s published Jargon vocabulary, matching up with what we find in Aboriginal people’s Chinook Jargon letter-writing a decade and more later. For instance, his < masatche snake > (lit. ‘bad snake’) for ‘rattlesnake’ lines up with 1890s < snik > ‘snake’ rather than lower-Columbia region úlq’. And Good’s heavy reliance on < cockshut > (lit. ‘hit; break’) instead of the lower Columbia’s variety of words (kakshət, p’əq, q’wəł, and some reduplicated forms of these) is also seen in 1890s Kamloops, where it’s explicitly commented that those other words are not understood.

So it’s reasonable to imagine that Good’s ‘slave’ with “N” is real, too, and to think our way through this question.

Here’s where a third, alternative, explanation comes into play, and it’s one that has nothing to do with literacy. It strikes me as entirely possible that ilaytix actually did get Salishanized, as I suggested above.

But with a wrinkle.

I really wouldn’t think it was any Chinookans doing the folk-etymologizing of ilaytix into ilay-t(i)n. (This -tn is the ancient Salish suffix meaning ‘instrument, tool, something for a certain purpose’.)

Instead, I think such a mutation would have to have happened after the main wave of Jargon being brought north to BC, i.e. late 1850s Gold Rush era or later. There are just about nothing but Salish-speaking tribes along the whole mainland coast around the entrance to the Fraser River and along it up to Kamloops: you’d encounter numerous languages such as Sechelt, Squamish, Halkomelem, Thompson, etc. (The Fraser was effectively a main highway for coastal newcomers.) So any one or more of these tribes can be imagined as turning ilaytix or more likely the super-common ilayti into ilay-t(i)n — which then starts seeming like a genuine homegrown BC Chinuk Wawa dialect form.

The drawback of this third explanation is that it’s unprovable. (That’s all?) No contemporary written records exist, to my knowledge, to show the supposed change in progress.

But the advantage of #3 is that it not only can help us understand how JB Good came up with his final-N pronunciation, but it also simplifies things. Because it equally accounts for why Father Le Jeune held so firmly onto his idiosyncratic way of saying this word when we don’t know of anyone but him putting an “N” onto it.

That’s how far I’ve been able to think my way into this question.

What are your thoughts?