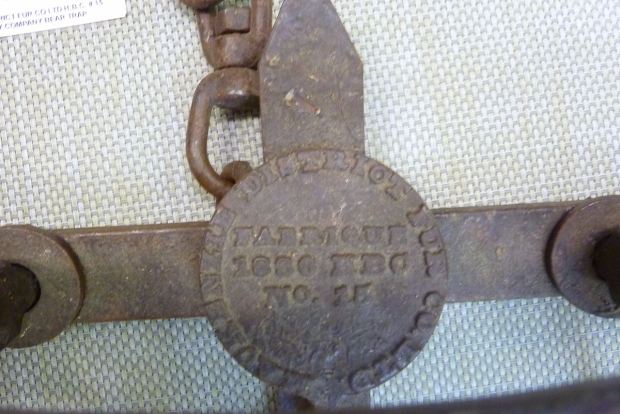 While working on Father St Onge’s old dictionary manuscript, a word for ‘snare’ brought me up short.

I’m familiar with that lepiesh, or lepʰiyesh as the Grand Ronde Dictionary of 2012 has it. That word for ‘trap’ goes back in the Jargon literature to the 1853 Columbian (newspaper) vocabulary.

In the profusion of synonyms, though, kwalta is new to me. I confess I’d never truly noticed it enough to think about it, although I own a copy of the one published dictionary that it shows up in, Shaw’s 1909 “The Chinook Jargon and How to Use It“. It’s certainly older:

I found no similar-looking words in southwest Washington Salish languages. The nearest match there was a widespread word ~qʷátš (not qʷáč; I suspect the –š part is the common suffix for ‘foot, leg’).

In Lower Chinookan, Franz Boas’s 1910 grammar “Sketch” didn’t provide me any obvious leads, but his 1894 “Texts” collection has a story “The Elk Hunter” whose first lines contain these (with prefixes indicated):

Now this is promising.

But you might wonder about the variation between k‘s and big X‘s at the start of the bolded root for ‘trap’. Well now, that’s just a regular Lower Chinookan sound change in the presence of prefix vowels.

You might also wonder why I think there’s anything resembling the “l” of kwalta in there — and I can tell you that right in the geographical and social neighborhood of Lower Chinookan, among the coastal SE WA Salish speakers, there’s a frequent alternation between w‘s and dark Scottishy l‘s at the ends of syllables. That’s what this here looks like; Boas usually wrote a “w” sound in that position as “ō“, just like we have here. And many people were indeed bilingual in the language pair of Lower Chinookan + Lower Chehalis Salish.

What about the -a at the end of the word?

I have the idea that that final vowel can reflect, in this case, the distinctive Lower Chehalis ʹInstrumentalʹ lexical suffix — in other words, a piece that means ʹtool for ___ʹ — which is shaped -t̓ə. So all together, I’m claiming the phonetics of the Chinuk Wawa word were roughly kawal(t)t̓ə, literally (for a Lower Chehalis person) ‘trapping equipment’.

Getting nerdy: The parenthesization of (t) there reflects the kind of assimilation we sometimes find between two successive consonants sharing the same place of articulation in this language. A result could be the reanalysis of a root kawalt as kawal. This would result in a more Lower Chehalis-feeling root; that language prefers to end roots with a vowel plus only one consonant.

Getting even nerdier: Maybe the preexisting Salish word qʷátš influenced the pronunciation to shift decidedly to the second a, weakening the first a to something like a schwa that then dropped out. The w could then have gotten reinterpreted as labiality on the first consonant. All of this would result in a more Lower Chehalis-feeling root; that language only likes to have one full (non-schwa) vowel per root, with just one consonant before it. Thus: a root shape like kʷal.

Penultimate nerdiness, I promise: if that older Salish word qʷátš did influence the adoption of kwalta, maybe my reading of Father Demers’s version of it (with “broken-armed k” signaling a “special K” sound) is correct. Thus: a root shape like qʷal. And a full word for ‘trap’ that sounded like qʷált̓ə.

Last but not least: In principle, the word-borrowing could have gone the other way. Maybe this was originally a Salish word, and made its way into Lower Chinookan.

There seem to have been quite a number of early intercultural trade words (even some before contact with whites) that came from Lower Chehalis. Many were outcompeted by Chinookan-, French-, and English-sourced words in the process of the pidgin-creole Chinuk Wawa’s growth. In any event, a real early CW trend that I’ve seen is of Lower Chehalis-seeming words loaned into other languages and denoting postcontact trade items, which I take to be the case with kwalta.

So I’m adding this word to my huge and growing list of items that I think argue for a previously unacknowledged big role for Lower Chehalis in early Chinuk Wawa. Stay tuned to this website, more are coming.