How old is the famous “Boston men” versus “King George men” distinction in Chinuk Wawa?

Countless history books refer to the verbal difference as a fundamental one on the early Pacific Northwest frontier. 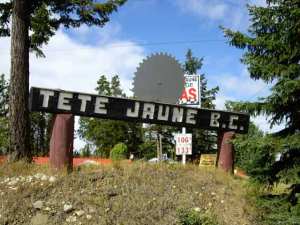 Tete Jaune on the Yellowhead

Reading an anthropologist’s superb blog post about the Iroquois Métis fur-trade employee known as Yellowhead / Tête-Jaune (“Tay John” now in BC English) / Pierre Hatsianaton made me think about how old the “Boston” word is, and where it comes from.*

Because Yellowhead, who was active in British Columbia 1825-1828, was also called Pierre Bostonais.  As in, (Métis) French for “Boston man”.

His Wikipedia page claims as of today that

I’m going to venture that that’s revisionist history — projecting what we know of later Chinook Jargon backward onto a time period when that pidgin wasn’t yet in use in BC.  So in the spirit of Wikipedia I’m going to revise it.

I found an early “bostonais” in French from eastern Canada:

Accused … of being poorly disposed toward the English government, and of being favourable to the cause of the Bostonians, as the Americans were then called in this country…

Interestingly connected with another Iroquois (they were typically French-speaking at the time), the earliest occurrence in English of the French word “bostonais” to mean “Americans” in my Google Books search is in an 1839 article on Joseph Brant in the North American Review (No. CV, October 1839):

The red men were, and well might be, puzzled at this sudden division of their old foes into British and “Bostonais “; but in it they saw cause for hope.

From 1851 there’s mention of the Bostonais River. (Bostonnais River in Quebec.)  Wikipedia’s page for that body of water claims, in similarly informative fashion as the Yellowhead page:

The name of this river 88 km commemorates Jean-Baptiste Bostonians, a trapper Abenaki originally from Boston, Massachusetts, New England who had a hunting service in the region.

(Wikipedia spelling preserved in citation.)  This book reinforces the connection with J-B Bostonnais (flourished 1820s, like Yellowhead), but without claiming that he was from the city of Boston.

What these kinds of sources suggest to me is that in the first half of the 19th century — which was also the era of the earliest documented Chinook Jargon — bostonais/bostonnais was popular French for a Yankee: someone associated with the USA, especially with the northeast. 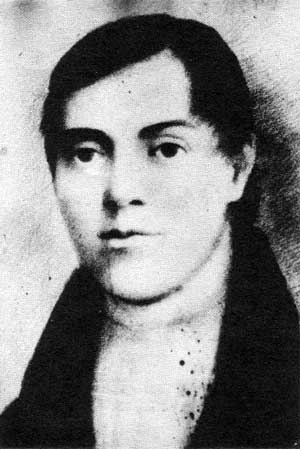 Perhaps it had the connotation of being a Métis, to judge by its frequent association with those folks.  There was also a “Bostonais” Pierre/Peter Pangman Jr. (1791-1850) of Saskatchewan and Manitoba.

It’s notable in the connection that in English of the same period, “Bostonian”, “Boston man”, etc. meant specifically a person from that city.  The first occurrence I can find in Google Books today that refers more generally to Americans is in the quite late 1894 book, “The Adventures of a Seventeen-Year-Old Lad” — and there, it’s a quotation of Chinuk Wawa.  By contrast, a simple Google Books search shows you that “Yankee” was already in popular use to label folks from the northeastern USA area.

So we can ask: does the Chinook Jargon “Boston” for “American” originate in on-the-spot pidgin usage on the Pacific NW coast…or could it equally well have sprung from Métis French?

A way to gauge the likelihood of either guess would be if we can compare the timeframes when “Boston” and “bostonnais” each were in use.  We’ve already shown that the French word was out & about in the 1820s.  It could easily have been on the lips of the many Métis fur-trade workers in the Northwest at that time.

The English version of it, in its one relevant context of Jargon use, would seem to present us with a different story.  Can we judge by the evidence?

We’ve already shown how “boston man” wasn’t an expression that English-speaking people of the 19th century (let alone before then) casually used for “Americans”.  The Demers-Blanchet-St Onge dictionary of 1871, whose title page claims it was composed in 1838 and 1839, has paston for “American”.  Samuel V. Johnson’s 1978 dissertation’s earliest instance of boston is of comparable vintage, from Joel Palmer’s 1847 book.

(I ought to point out that the earliest “King George” in Jargon is also from the Demers-Blanchet-St Onge lexicon; otherwise it’s known from 1853’s Columbian word list onward.)

Now, that kind of date range suggests a narrative that’s at variance with the implied, received, and much-repeated standard romantic tale of 1770s to 1820s Yankee maritime traders making themselves known to coastal tribes via the new pidgin that blended Nootka Jargon with English fragments!  (I say 1820s because as is known, the coastal fur trade drastically declined by circa 1830.)

So it looks as if the über-shibboleth ‘Chinook’ word boston only gained a place in Chinuk Wawa after a couple decades of use.

If this word isn’t known to have been used in the Jargon of the earlier days — when trade was primarily coastal and dominated by actual Yankee traders — why would it have come in later?

While I haven’t got positive evidence, which I would’ve led this article off with, I’m going to make odds.  I put the likelihood at 2:1 that Chinuk Wawa got its boston (pástən) via Canadian Métis French usage.  Maybe bostonnais being heard around Fort Vancouver, to name the crossroads and metropolis of the 1820s Jargon world, was imitated by English speakers and the two became our famous word for “American”.

There are some less widely published sources (like Lionnet or Ball) from before 1838 that I can dig up for further evaluation of this idea.  (A glance at Ball’s MS 195 in George Lang’s “Making Wawa” book shows me no boston or King George.)  But to say the least, I’m finding it really interesting to consider that one of the “most English” words in Jargon could have an important Canadian French source.

What do you think of me changing history on you?  Comment.

* The blog post I mentioned also gets into the Métis French-speaking founder community of Prince George, BC.  Wonderful stuff.