Sometimes people familiar with Vancouver Island, BC, wonder if the name “Comox” is a spelling of Chinook Jargon’s word for “dog”. 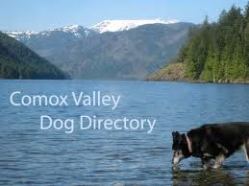 Comox is a town on the north-central coast of the island.  This is also one of the names that’s been used for an ethnic group in that area who speak a Salish language.

My understanding is that “Comox” is a word from the neighbouring and unrelated Kwak’wala language, a.k.a. Kwakiutl.  Locally there is a K’ómoks First Nation who are historically Salish but now culturally Kwakwaka’wakw (Kwakiutl people).  Andy Everson is a member of that FN who writes a good blog.

Apparently it’s a place name, which was extended to refer to the people of that area, and to the local language.  That language has been called Island Comox, Homalco-Klahoose-Sliammon, and Ay’ajuthem, among other labels.

We can notice that “Comox” is pronounced <COmox> [‘komaks] in English, and the Kwak’wala word starts with the popping ‘ejective’ consonant [k’].  The Chinook Jargon word is [‘kamuks] or [‘kamuksh], with plain old [k].  (Give the vowels their Italian pronunciations.)  So this is a bit of evidence to show there’s no connection with ‘the Jargon’.

The takeaway: “Comox” is not Chinook Jargon.