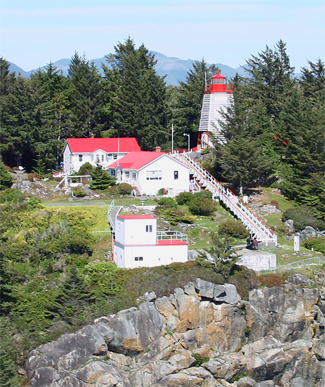 Today we see how useful the Jargon could be for the legal system in such an environment.

Kind of surprising nobody noted the defendant’s or interpreter’s names in this court case!

Barclay Sound Indian charged with attempting to shoot at Mr [Emmanuel] Cox, the lighthouse keeper at Cape Beale, was again before the Court. Some difficulty was experienced with regard to an interpreter; the evidence being in the Barclay Sound tongue [Nuučaan’uɬ] which had to be put into Chinook and then into English. From the evidence thus obtained it seems that the prisoner’s gun was pointed at Mr Cox, but it was found that it was empty and without caps. His Honor said there was no case for a higher court, but that for the protection of Mr Cox the prisoner should be held to bail in the sum of $50 to be of good behavior for 6 months or in default one month’s imprisonment. The bail was afterwards forthcoming and the prisoner, who it appears is a chief, was discharged.