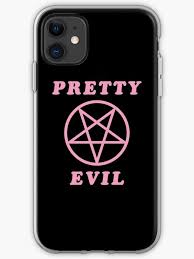 For the Jargon word másháchi ‘bad, harmful, terrible; mean’, the GR folks observe that the least-crazy etymology they could find is in Lower Chinookan languages…

…And I say ‘least crazy’ because the corresponding word, in terms of sound, is a Lower Chinookan freestanding word (I think it’s not a particle), found as < masāʹtsīLx > masátsiłx̣ ‘pretty’ in Shoalwater-Clatsop and (one occurrence in) Kathlamet!

I’ll add a detail here. This masátsiłx̣ refers only to inanimate things, as far as I can see in Charles Cultee’s (collected by Franz Boas) “Chinook Texts” and “Kathlamet Texts”.

Kathlamet Lower Chinookan has -lkuili and -gašk’ʷl for ‘bad’ [inanimate things], and -čxatma referencing a human.

Kathlamet and Generic Upper Chinookan ‘bad’ is -ámla. I have not found words for ‘handsome / pretty / good-looking’ in Clackamas or Kiksht.

So here are what strike me as important points:

This word has mutated so much, and so strangely, that I incline to put the responsibility on the Whites involved in forming early CW.

Did the newcomers misinterpret Lower Chinookans as cutthroat merchants betraying each other?

So, maybe early Whites picked up on some of the subtleties of Chinookan communication, and inferred that these were people who spoke in ironies…?

They certainly recorded their impressions that the “Chinooks” were quite sharp traders.

Maybe Whites saw Chinooks as jaded people who sometimes said the opposite of what they meant?