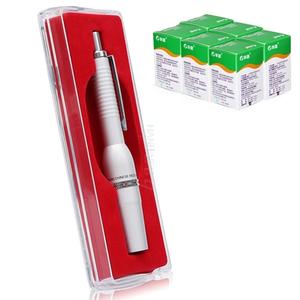 In his “Philology” volume that’s part of the report of the US Exploring Expedition, Horatio Hale (1846:639) terms the etymology of Chinuk Wawa’s word < kiapōt > (k’ípʰwat), meaning ‘needle; sew’, “doubtful”. “Doubtful” is 19th-century talk for ‘uncertain’.

Here’s his entry for it:

While he doesn’t feel the confidence necessary to include this word among CW’s French-etymology lexemes, he suggests “qu[aere] aiguille à peau?“. Quaere, or query, means in effect “perhaps”. The rest is French for ‘needle for skin’; I imagine it could be more idiomatic to write aiguille à peaux (‘…for skins’).

There are many too many problems with this suggestion for it to work:

All of this is more than sufficient to disprove a French etymology for k’ipʰwat.

Besides, there’s a solid-enough etymology for it in Chinookan languages, as the Grand Ronde Tribes 2012 dictionary shows: there are Clackamas (Upper Chinookan) nouns i-k’ipwa ‘awl’ and a-k’ipwa ‘needle’.

I’ve also found a Kathlamet (Lower Chinookan) verb iɬgíyupčx ‘they sewed [it] together’, which perhaps contains a related root (-giyup?).

These notes lead us to an observation made in the 2012 Grand Ronde dictionary — that the Chinookan nouns lack the final /t/ seen in the CW form. GR 2012 suggests tentatively that -at is a Chinookan derivational suffix. They point to Dell Hymes’ 1955 dissertation on Kathlamet, which calls this -at “of uncertain significance” in its occurrences in words for ‘his anus’ and ‘his feet’. This is a reasonably plausible view.

I might just add a suggestion: If this suffix is unanalyzable in Chinookan, then it’s perhaps a morpheme borrowed from an unrelated language such as neighbouring Salish. Indeed, in Lower Chehalis Salish for example, a common derivational suffix occurring at the end of nouns is -t(‘) ‘Instrumental’, i.e. ‘a thing used for’ this-or-that. Such a meaning would work perfectly in a word like ‘awl’ or ‘needle’, perhaps built on a root ‘sew, stitch’ that I may have found above. (Moreover, these local Salish languages also use the Instrumental suffix in words for ‘anus’ that literally mean ‘farting-instrument’.)

Once again, I’m putting forth the observation that etymologies of Chinuk Wawa words often are partly or wholly indeterminate between Chinookan and Salish.

One thing is certain — CW ‘needle; sew’ is not among the many Canadian French loans in the language!

← Sacramento CPE: You sabee him allee same Washington
CW “The Night Before Xmas” →

One thought on “Aiguille à peau?! Or more Chinookan-Salish?”