I’ll discuss the Jargon part after showing you the full article that it comes in: 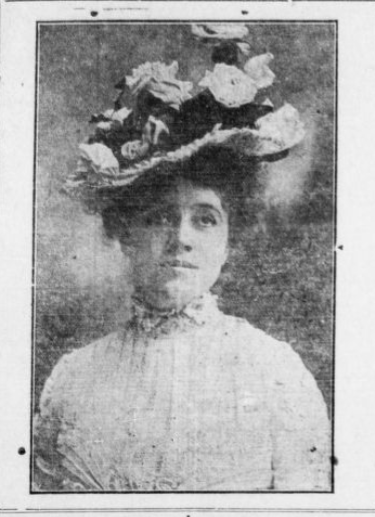 Interesting Letter Writeen [sic] to Her in
Chinnook [sic] Brought to Light — Was
Proficient Student of Indian Lan-
guage.

The death of Mrs. Elizabeth
T’Vault Kenney, announced last week
in The Mail Tribune, has brought out
many reminiscences from Oregon pio-
neers. The followlng letter, written
to her by the secretary of the Ore-
gon Pioneers’ association, illustrates
her proficiency in translating Chi-
nook and shows the manner in which
she corresponded with the associa-
tion.

Thoise [sic] who haven’t the time to
translate the above must be content
with the information that it is an in-
vitation to a meeting at Portland
where there will be much of interest
and much laughter, and one which
will be attended by many people.

Now about that Chinuk Wawa section:

Mica Tickey [1] surely reflects Settler conventions of polite invitation: ‘would you like to…’ isn’t so often seen or heard in Jargon when what’s effectively meant is a mild imperative.

piah, [sic] chick-chick [2] for ‘train’ is genuine southern-dialect / older Chinuk Wawa; one way that we know this for sure is that it shows up as a loan into Upper Chehalis Salish!

Poteland [3] also is the real deal; this oldtime pronunciation is documented in the 2012 Grand Ronde CW dictionary.

papeh, [4] here, I suspect is being used in a very Settler way, as if it meant the same thing as its etymological English source ‘paper’ — whereas in CW this word strongly tends to denote ‘writing’.

Boston [6] — Need anyone have pointed out that the only folks normally invited to Oregon pioneer reunions were non-Indigenous?

tillikums [7] is a morphological Settler-ism, putting the English noun plural -s onto the Jargon word for ‘person; people’.

he-he [8] is another semantic Settler-ism; they loved to use this CW word as ‘fun’ (which was always a noun at the time, in English), whereas most other fluent Jargon speakers understood it to mean focally ‘laugh’.

Mica cum-tux? [9] It was tellingly typical for Settlers to end anything they said in Jargon with ‘Do you understand?’

Klahowyan [sic] [10] — I just want to call attention to the pronunciation that Himes may be using here, with the “M” at the end of this word; this would correlate with real frontier-era experience speaking Chinuk Wawa. The “Klahowya” variant became more common only later on, and primarily among Settlers. (And here it’s possible we’re seeing a typesetter misreading a spelling variant of it, < klahowyah >, from a handwritten draft.)

The invitation note is solid Chinuk Wawa, at the same time as it’s very identifiable as Settler talk.