1853: Source of the idea that saplél is French 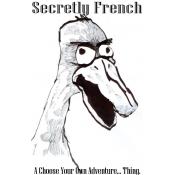 A myth is both busted and partly confirmed today.

For more than a century, it’s been realized that Chinuk Wawa’s word saplél for ‘wheat; flour; bread’ is of Native parentage. It seems to have come originally from Sahaptian languages such as Nez Perce, Walla Walla, etc.

The following from Shaw’s 1909 Chinook Jargon dictionary gets things right; the Jargon word is likely from a Sahaptian language of the Columbia Plateau, and it’s not from French la farine ‘flour’:

What’s funny is that we can be even more sure that this analysis is right, because it’s plagiarized from the highly experienced and sharp-minded George Gibbs, whose landmark 1863 dictionary has this entry:

Who is Gibbs throwing gentlemanly shade on?

As George must have known, the la farine idea was in play on the lower Columbia River in the heyday of early-creolized Chinuk Wawa.

Horatio Hale was in the Fort Vancouver region in 1841, and his 1846 published documentation of the CW spoken there speculates, quite tentatively, on a French source for this word:

I’d guess that Hale is the person whose logic Gibbs is critiquing. But look here:

An early (1848-1852) Catholic missionary among the Chinook Indians, Father Joseph Lionnet, put together a fine little French-to-Jargon dictionary that was published (1853) by the Smithsonian Institution. Lionnet’s relevant entry runs as follows:

That is, he translates French farine ‘flour’ into Chinook Jargon as both < lafarine > and < tlimentlimen tsapélill >. The second expression means essentially ‘smashed-up wheat’ (t’łə́mən-t’łəmən saplél). Note that Lionnet, and the Smithsonian folks,

The first variant, < la farine >, is unique to Lionnet out of all Jargon documents we have. He’s the only authority to testify that it’s a Jargon word.

What if both Gibbs and Lionnet are right? It’s possible that saplél, aside from its demonstrable Indigenous-language etymology, was really understood by many early Jargon speakers as a French word.

As the 2012 Grand Ronde Tribes dictionary of Chinuk Wawa notes, saplél has also been reanalyzed by speakers as another French word, sablé ‘shortbread; biscuits’.

While that dictionary doesn’t mention the la farine idea, all of this taken together might indicate a persistent folk notion that saplél “is” an indigenized French word.

Parallel occurrences are known in the history of Chinuk Wawa.