‘Friend’ is from Nez Perce? 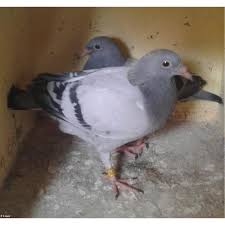 A newish book that I recently finished, and found to be an absorbing reading experience, is Debra Gwartney’s mixed memoir-biography, “I Am a Stranger Here Myself“, dealing with the life of early Protestant missionary Narcissa Whitman.

In late November of 1847, Eliza Spalding, 9-year-old daughter of Rev. Henry and Eliza Spalding, had just arrived at Whitman Mission to begin school, and she was the only survivor of the soon-ensuing massacre who was fluent in Chinuk Wawa. This is an indicator of how the Jargon was, in relatively early years of contact and settlement, pretty widely used in the Nez Perce country, where the Spaldings worked at Lapwai, Idaho.

Thatʹs good to realize, as Chinook Jargon faded out of almost all Idaho regions well before the end of the 1800s, leaving us very few traces that it had ever been present in that state.

One of the words that young Eliza advised the other surviving kids to speak to their Cayuse captors was < sixtiwah >, said to mean (broadly, in the context) “Yes, friend.” She also advised them on certain diplomatic phrases to repeat, such as “I have a good heart” and apologies for the wrongs that Dr. Whitman and his wife had committed against the Cayuses.

Those of my readers who have a fair acquaintance with the Jargon should recognize the similarity with shiksh ‘friend’.

My understanding has been that < sixtiwah > is just another form of that word, used in Cayuse and Sahaptin country.

(In related Umatilla Sahaptin, the recent dictionary has síks ‘friend, pal’ and twá ‘be together’ as a bound root following others in compounds. But it doesn’t show anything like *sikstwa, nor does either Sahaptin dictionary have any word for nest resembling *siks.)

Anyway, given her background, I had to ponder whether young Eliza got < sixtiwah > from some sort of specifically Nez Perce-influenced Chinuk Wawa. Several known words of early Chinook Jargon already have been agreed as having NP sources — ‘camas’ being a biggie.

Among the most probable sources of this ‘friend’ word that I’ve turned up is indeed the Nez Perce language (another Sahaptian language, related to the above-mentioned). Haruo Aoki’s dictionary shows tiwé• forming derived nouns meaning ‘friend, -mate, co-…-er’. A specific sub-entry under this root (as he analyzes its syntactic class) is sí•kstiwa• ‘(1) darling, (2) genitals’ with a cross-reference to sí•ks ‘nest’. So the word perhaps literally means ‘nest-mate’!

And it seems possible to me that the Jargon’s shiksh is in fact a “clipped form” from an earlier < sixtiwah >, a process that I’d think must’ve happened within Jargon, as I find no evidence that Nez Perce speakers would call a friend literally ‘nest’!

The root for ‘friend’ in Lower Chinookan is just -shiksh. Interestingly, Upper Chinookan, spoken nearer to Sahaptin, has a totally different root for it. This raises the question of whether that noun, like many other morphemes in LC, was borrowed directly from Sahaptin, or else (since it’s the short form) from the Jargon instead.

All of these are new ideas regarding the history of Chinuk Wawa, thanks to some old documents quoted by Debra Gwartney.