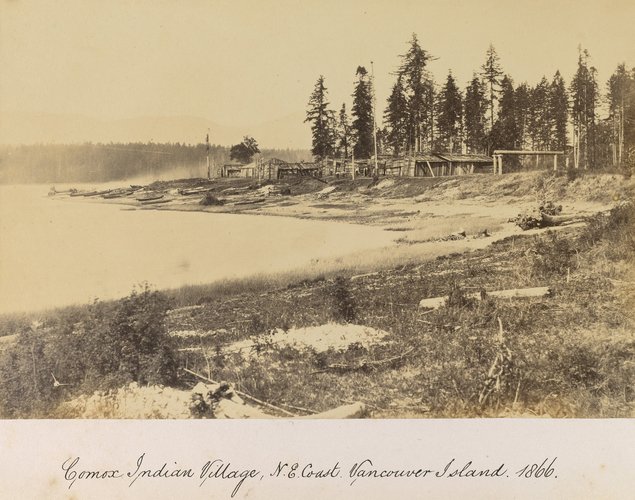 That’s from page 241 of the book I’ll be discussing below.

Rookie errors aside, that “Salt Water” classification reflects how Indigenous and Settler folks alike broadly distinguished among the dizzying array of tribes in the Pacific Northwest. In frontier times, the commonly shared language, Chinook Jargon, had just a 2-way split, which was between sáltsəqw sáwásh ‘saltwater Native people’ and stík sáwásh ‘forest Native people’. People on the coast were known to make the further distinction of stalo sáwásh, ‘River and Sound’ tribes, as page 241 has it.

This was a vigorously used categorization, with many traces of it found in a fairly broad strip of territory from western Washington to southeast Alaska.

A distinction that was typical of Settler thought, therefore of the English language, was phrased in ways like “fish Indians” on the coast versus “horse Indians” / “deer hunting Indians” etc. in the interior. Mighty misleading assumptions there, more of a reflection of European class structures than of Pacific Northwest realities. Every PNW tribe that I’ve had experience of has described itself as “salmon people“!

Anyway, today I intend to zoom in on another kind of distinction that my years of research has brought to light:

Who knew Chinook Jargon, when, and where?

George Gibbs got a vocabulary list from a “Ko-mookhs” (Island Comox Salish) man in Nanaimo, BC in September of 1857.

He had to use a vocabulary list of “Kuwalitsk” (confusingly similar to old forms of Washington state’s “Cowlitz”, but evidently referring to “Cowichan” / Island Halkomelem Salish) because the man didn’t understand Chinook Jargon.

Does this imply that few Comox people, of northern Vancouver Island, BC, knew CJ then?

This was just before the big gold rushes brought zillions of new people into BC from the States.

So maybe Jargon was still focused not only on the coast, but specifically the southern BC coast & Victoria area?

Such a distribution correlates with the general trends I’ve seen in my years of Chinook Jargon research.

So you can rightly say that for most of the British Columbia coast, Chinuk Wawa was not the fur-trade language that it’s stereotyped as being.

Beyond Victoria, on the coast as well as in the interior, ChW was a gold-rush language, and a language of the crashing waves of Settlement that ensued. In either case, ChW was a pidgin — if you spoke it, it was a foreign language to you.

The one enclave that’s an exception to this is Fort Langley (1827+) in the modern Vancouver, BC metro area on the Lower Mainland. That community was the northern reach of the Red River-connected Métis metropolis centred on Fort Vancouver (1825+) in modern Washington, which stretched southward into Oregon’s Willamette Valley. In that zone, if you spoke ChW, you were likely a kid who grew up with it as a creole first language — or else a relative of that kid.

Of course we can contrast that BC picture with Chinook Jargon’s existence in 1857 in northern and western Oregon, much of Washington, and bits of Idaho on the old Oregon Trail.

Here is the description of Gibbs’s work with the “Ko-mookhs” speaker:

← ‘Cranberry’ is Salish
A further trace of Métis French “calumet” →