Just another day at police court–with that other West Coast pidgin. 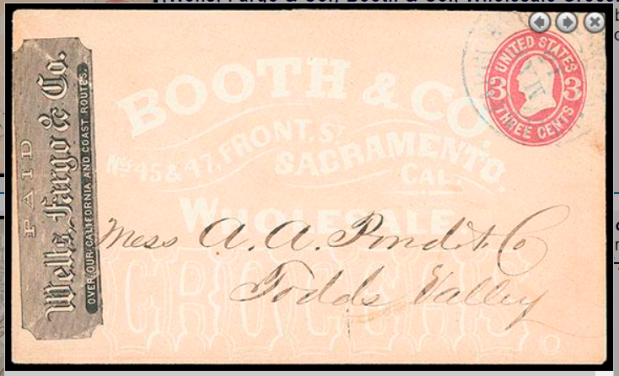 –and just another day at the newspaper, where there was no need to translate a pidgin language, California-style Chinese Pidgin English, for the American readership: 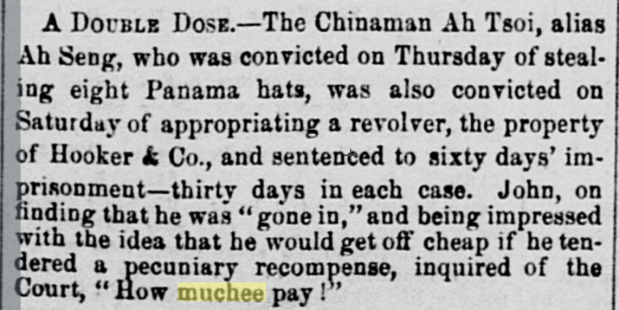 A DOUBLE DOSE. — Chinaman Ah Tsoi, alias Ah Seng, who was convicted on Thursday of stealing eight Panama hats, was also convicted on Saturday of appropriating a revolver, the property of Hooker & Co., and sentenced to sixty days’ imprisonment — thirty days in each case. John, on finding that he was “gone in,” and being impressed with the idea that be would get off cheap if he tendered a pecuniary recompense, inquired of the court, “How muchee pay!“