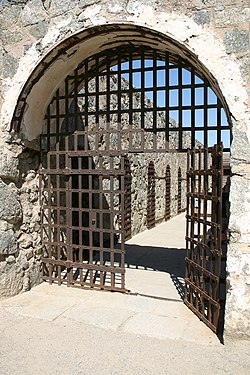 From the sleepy territorial town of Yuma, Arizona (just go read the full page that this came from to get the editor’s complaints), we have this sarcastic humor:

An entertainment will be given at the Territorial Prison on to-morrow afternoon, to which everybody is visited [sic] who will pay the admission fee. Cumtux(?)

I doubt many of the Arizona readers did “cumtux” (kə́mtəks is ‘understand’ in Chinuk Wawa), despite the popularity of mass-market books about the Pacific Northwest.

On the other hand, they probably chortled at the neighboring paragraph’s use of locally common Spanish:

Another scrub horse-race broke the monotony of Yuma last Tuesday. Carajos, putahs and chingados formed the largest part of the programme.

The racing was just ordinary, so the most interesting feature was folks hollering ‘s*it’, ‘w*ore’ and ‘f*ck’ in Spanish.

← The Indians will have plenty of muck-a-muck for the winter
H. Guillod, Chinook, and Alberni Indians →