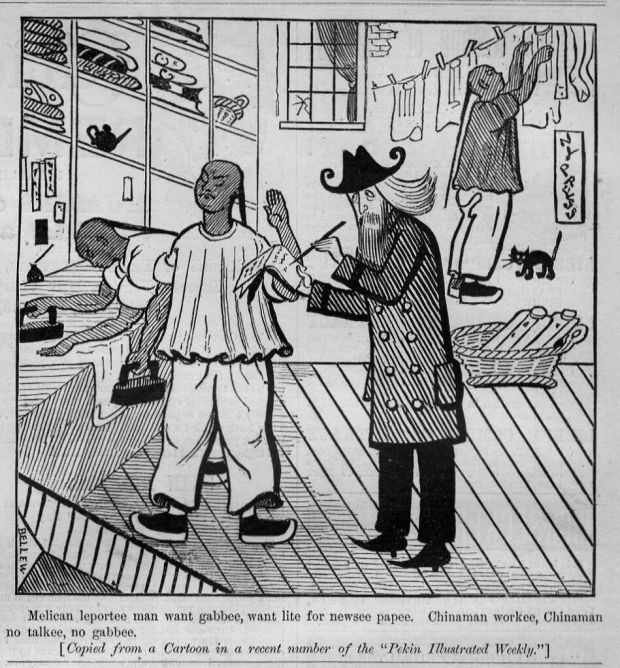 Political commentary in our region’s variety of Chinese Pidgin English about the big national issue of the 1890s. 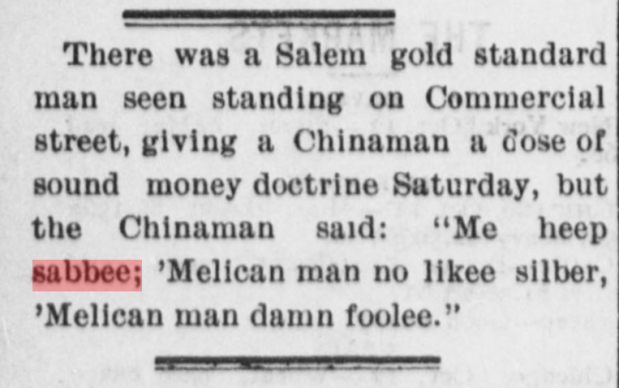 That translates as ‘I understand very well; Americans don’t like silver, Americans are damn fools.’