When you listen to the traditional stories, you get to reach your own conclusions.  What do you think of mine?

Here are some words for ‘louse’ in Salish languages of Chinook Jargon’s homeland, the southwest Olympic Peninsula:

You can see that the first two words are obviously cognates of each other.  Proto-Coast Salish had *məxkn / *məxk̓n, see the similarity? And ‘louse’ has been an important entity for a long time; just think of the neighboring Lushootseed Salish people and Vi Hilbert telling their stories about Lady Louse.

So then what’s the story with that third word?  A lot of you already know: it appears to a joke using the Chinook Jargon word for ‘white people’, pastən/Boston!  I can only imagine that to some Upper Chehalis speakers, us white folks seemed as thick on the land as lice on some poor devil. And the relatively new word pastən even sounds a little like Lushootseed’s version of ‘louse’, bšč̓ád (bəšč̓ád). Salish puns, anyone?

Now–seemingly going on a tangent–how about some words for the mammal ‘mink’ in these languages?

Again we see two words that are obviously related to each other.  They reflect ancient Proto-Coast Salish *məskum̓; the Cowlitz version is a diminutive, something like ‘little mink’.

The third word looks to me like it’s again a Chinook Jargon (or else old Chinookan) loan. I think it’s weirdly borrowed from those guys’ word for ‘Coyote’! (Talapus is how it’s spelled in lots of old CJ dictionaries.) 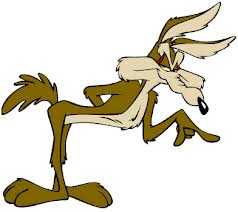 WTF, you’re asking. Well now, Coyote and Mink are both traditional trickster figures in the legends, aren’t they? And the -ʔ- glottal stop after the stressed vowel, together with the -uʔ ending, make another diminutive–you find them everywhere in Lower Chehalis, for example.  So that last word for ‘mink’ literally means ‘little Coyote’. Why not?!

Words for ‘coyote’ that are native to these languages are quite different-looking from talapus.  They reflect ancient Proto-Salish *s-n-k̓əl(ap):

Now, I’ll bet you dollars to donuts that someone was having some fun back in the day.  The traditional stories have a huge element of humor in them.  So I wouldn’t be surprised if Salish speakers were making puns about ‘lice’ and ‘white people’ being as tricky as ‘mink’.  (I’d think mink was the original; it’s a widespread trickster character along the Northwest Coast, while ‘louse’ may be limited to Lushootseed-speaking Puget Sound.)

The joke is on mink too, with the ‘coyote’ pun.  Poor mink!

In all of this, you see language contact. Even puns made within a language by its own speakers reflect (you could say) the people seeing their own speech in a new way, with a stranger’s eyes.  It’s the “Did you ever notice what a weird word ____ is?” effect. A language-internal sort of contact.

And Salish puns using Chinookan words show the more straightforward usual sense of foreign languages in contact with each other.  Those involving Chinook Jargon, a ‘contact language’ by definition, do this in spades.

You might say Southwestern Washington is lousy with linguistic creativity! 🙂

← Honne, the spirit of the Chehalis
Trains (not planes or automobiles) in Upper Chehalis →