A tribute to the Online Etymology Dictionary

The best user-friendly source of information online for word origins is the Online Etymology Dictionary. 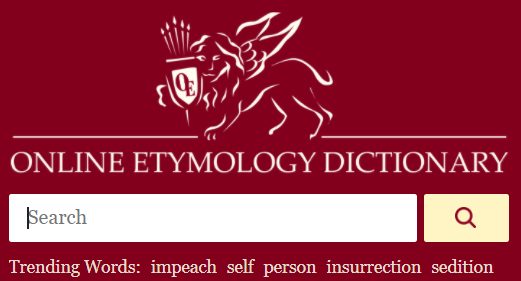 Bookmark it! Download their app and their Chrome extension!

I want to pay tribute to etymonline, as they’re also known, by showing you 7 entries where they’ve done inspired, excellent, original work relating to Chinuk Wawa. I’ll put a small comment after each of the quoted entries.

Chinook
name for a group of related native people in the Columbia River region of Washington and Oregon, from Salishan /činuk/, name of a village site [Bright]. The name was extended to a type of salmon (1851) and a warm spring wind in that region (1860). Chinook jargon was a mishmash of native (Chinook and Nootka), French, and English words; it once was the lingua franca in the Pacific Northwest, and this sense is the earliest attested use of the word (1840).

(I really appreciate seeing dates for the earliest known (so far) uses of this word in English. I can contribute an observation coming from my linguistic research on Lower Chehalis Salish — I propose that ‘Chinook’ is a LCS word meaning ‘(at the) neighbors(‘ place)’. — DDR)

Canuck (n.)
U.S. word for “a Canadian,” especially a French-Canadian, 1835, perhaps a cross between Canada and Chinook, the native people in the Columbia River region. Often, but not always, more or less slighting. As an adjective from 1853. The NHL team in Vancouver joined the league in 1970; the name had been used by a minor league franchise there from 1945.

(A neat observation, if true — ‘Canuck’ as primarily a US word. — DDR)

cayuse (n.)
“horse, Indian pony of the northern Rockies,” 1841, American English, said to be a Chinook (native Pacific Northwest) word; also the name of an Indian group and language (1825), of unknown origin.

(This is one of those words that have always been said to be Chinuk Wawa but that we don’t easily find examples of in actual CW speech. — DDR)

(Etymonline has to be the only dictionary that connects ‘double talk’ with Chinuk Wawa! Here I advise caution, as the source that’s quoted is W.S. “El Comancho” Phillips, a notorious tall-tale teller. His “mox wawa” is surely just his own translation from English slang. — DDR)

wah-wah
1926, in jazz slang, in reference to the effect on brass instruments made by manipulating the mute; of imitative origin. Later also in reference to an electric guitar effect. As an imitation of the sound of a baby crying, it is recorded from 1938. Wah-wah pedal is recorded from 1969. Compare Chinook jargon wawa “talk, speak, call, ask, sermon, language;” Cree (Algonquian) wehwew “goose,” Lenape (Algonquian) wava “snow goose,” all probably of imitative origin.

(Let’s be clear that Etymonline is only saying that many languages have similar-sounding words for noise-making, not that CW or other Indigenous languages are the source of this English word. — DDR)

potlatch (n.)
1845, among some American native peoples, “a gift,” from Chinook jargon pot-latch, “a gift,” from Nootka (Wakashan) patshatl “giving, gift.” Later (1865) in sense “An Indian feast, often lasting several days, given to the tribe by a member who aspires to the position of chief, and whose reputation is estimated by the number and value of the gifts distributed at the feast” [Century Dictionary, 1895].

(The dating to 1845 in English sounds about right to me; this was one of the first CW words to gain pretty wide circulation in print. — DDR)

One thought on “A tribute to the Online Etymology Dictionary”