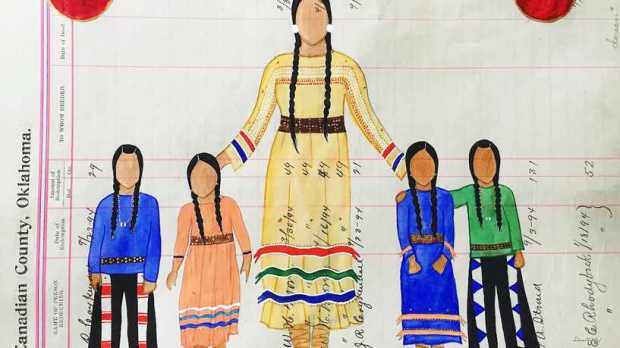 …I’ve previously noted that Chinook Jargon words for certain very close adult relatives are from French. (See “How papa and mama, and one aunt, are creole Chinuk Wawa“.)

These words, papa, mama, the rarer tant, and maybe < onkil >, replaced older Indigenous-sourced synonyms, once there started to be a community around Fort Vancouver where most households had French-Canadian dads.

Sam Sullivan in our group commented that the nasal vowel in French tante ‘aunt’ ought to have become plain old “A”, giving us the (asterisked because never actually documented) *tat for ‘aunt’.

Once you look at it that way, something becomes startlingly clear. The usual Jargon word for ‘uncle’ continued to be tat!

So a form *tat for ‘aunt’ would have negatives and positives attached to it.

It would make a lot of sense, in that you’d have a single word then for ‘parent’s sibling’ of whatever gender.

And the Canadian dads might’ve already suspected that the existing Jargon tat ‘uncle’ was just a quaint Indian distortion of tante 🙂 Maybe these fellas’ social circle even had a habit of saying tat for ‘aunt’?

However, the gender confusion that a word *tat for ‘aunt’ would cause would disrupt a strong structural regularity in Chinook Jargon’s lexicon.

Because, CJ likes to maintain separate terms for female and male humans who are otherwise equivalent kin to “ego” (the technical word for the individual from whose perspective you’re reckoning the relationship):

As a result, I’m thinking that anyone who actually did employ the French-derived word for ‘aunt’ in their Jargon would have good reason to exceptionally preserve the “N” ( ~ the nasal vowel) in it, just as one or more old sources indicate.

This would be an instance similar to what I’ve written about with Chinuk Wawa’s word tans/dans/etc. for ‘dance’, which by the evidence, has both English and French ancestry. Coming from French, it ought to have dropped that “N”. But with ongoing contact with English, there was strong pressure to exceptionally retain the nasal.

One thought on “More about ma tante”