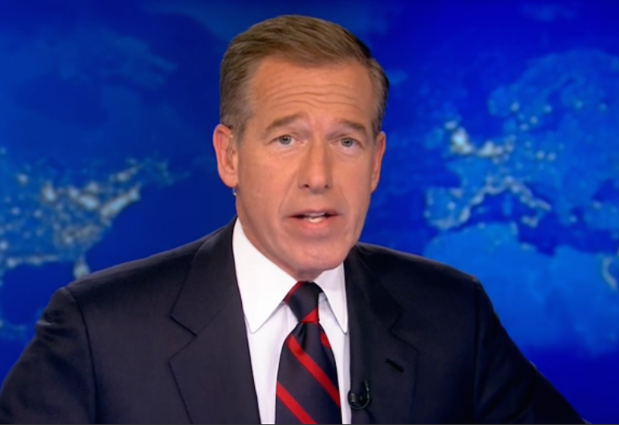 A folk-linguistic stereotype of Chinuk Wawa that I’ve mostly been exposed to via conversations is that it’s a “liars’ language”.

The conversational nature of this ill-repute means it’s been hard to provide scholarly citations to prove that it’s really an idea people have had.

Cue none other than the late, eminent Upper Skagit elder and linguist, Vi taqʷšəblu Hilbert.

In a 1983 conference paper, Vi recalled a relative of hers, and examined the bittersweet Native humour in her Salish people’s reaction to Chinook Jargon-speaking early Settlers.

She convincingly situates things in terms of Indians’ uncertain reception of foreign foods, manners, and languages — as I’ve previously noted, the Jargon took a while to catch on around Puget Sound. 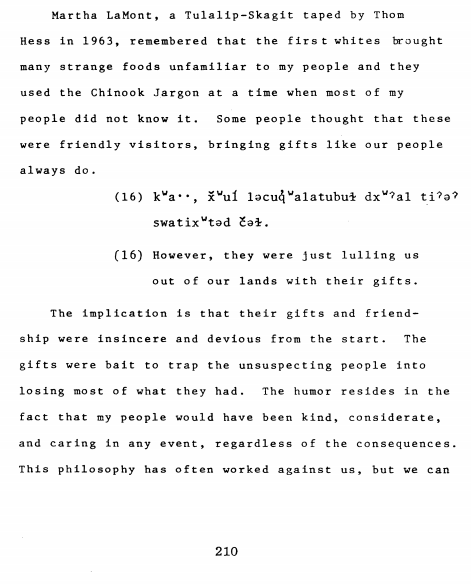 Martha LaMont, a Tulalip-Skagit taped by Thom Hess in 1963, remembered that the first whites brought many strange foods unfamiliar to my people and they used the Chinook Jargon at a time when most of my people did not know it. Some people thought that these were friendly visitors, bringing gifts like our people always do.

[Dxʷləšucid sentence follows, with a translation as:] ‘However, they were just lulling us out of our lands with their gifts.’

The implication is that their gifts and friendship were insincere and devious from the start. The gifts were bait to trap the unsuspecting people into losing most of what they had. The humor resides in the fact that my people would have been kind, considerate, and caring in any event, regardless of the consequences. This philosophy has often worked against us, but we can poke fun at ourselves for being only too human and gullible.

— from “Poking Fun in Lushootseed” by Vi [taqʷšəblu] Hilbert, International Conference on Salish and Neighboring Languages, 1983

taqʷšəblu’s case that it takes a radically kind and trusting people to call you and your speech phony makes a great amount of sense to me.

It becomes ironic, though, when you consider that for most of its known history, the Jargon has been the first language of a community that rightfully sees itself as Native! (A creole language.)

And irony is the basis of humor…

← On the source of tutúsh, or, help, I don’t understand Cree grammar!
“tiki kʰapa” is good Jargon for ‘love’ →