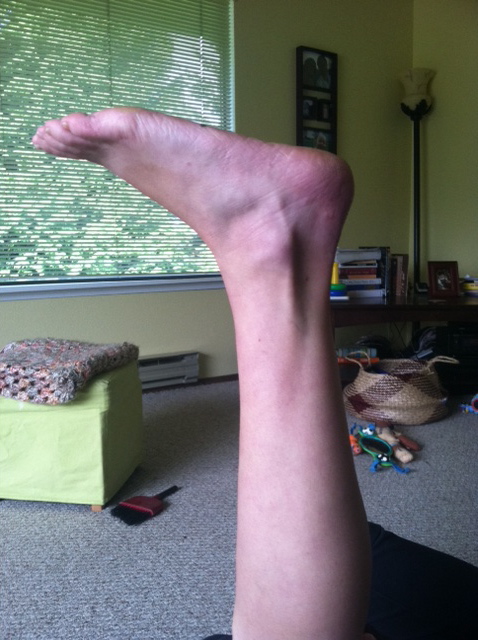 Chinuk Wawa was important for non-Whites’ testimony in frontier courts of law, as we so often find…

Here’s a gotcha piece poking at an important Settler for his unwittingly funny Jargon performance in a judicial setting. 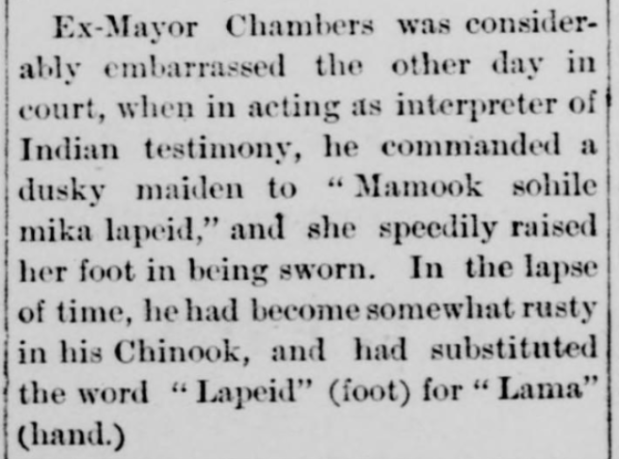 Ex-Mayor Chambers was considerably embarrassed the other day in court, when in acting as interpreter of Indian testimony, he commanded a dusky maiden to “Mamook sohile mika lapeid,” and she speedily raised her foot in being sworn. In the lapse of time, he had become somewhat rusty in his Chinook, and had substituted the word “Lapeid” (foot) for “Lama” (hand).

Here, an overt English translation for the readers was unnecessary not only on general grounds of everyone being familiar with Jargon, but also due to artful presentation of  the facts by the writer.

The spellings here are idiosyncratic. That’s typically a nice tipoff that you’re looking at a writer’s genuine familiarity with real-life Chinuk Wawa use.

The spelling < lapeid > for foot reflects its origin in French, where le pied has a silent “D”.

← Sahalie Club organized
Who Will Be Here →