Not translated when published, and I doubt I have to translate it for you…

…But I will mention that this is just 2 years after the Democrats lost their Civil War. 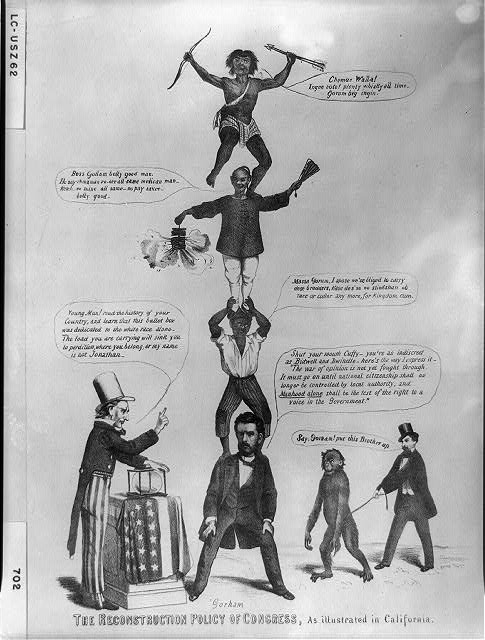 …Also: be warned, the following uses some extremely offensive wording, regardless of the language.

It goes to back up my claim that West Coast-style Chinese Pidgin English (and other pidgins) have been closely associated with earthy street talk…cussin’! 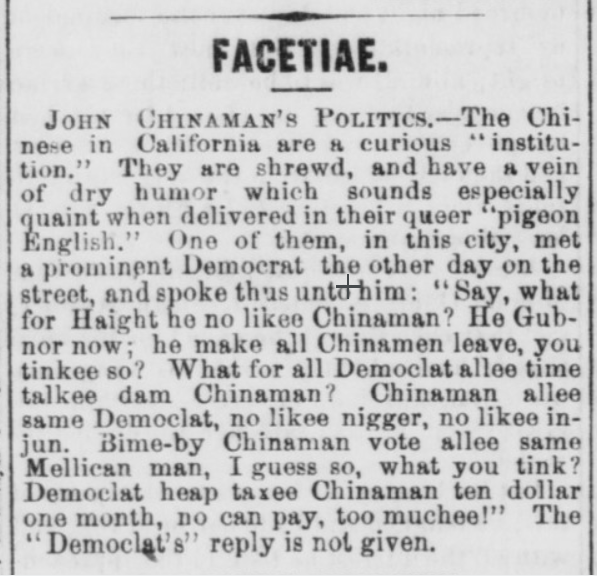 JOHN CHINAMAN’S POLITICS. — The Chinese in California are a curious “institution.” They are shrewd, and have a vein of dry humor which sounds especially quaint when delivered in their queer “pigeon English.” One of them, in this city, met a prominent Democrat the other day on the street, and spoke thus unto him: “Say, what for [Henry] Haight he no likee Chinaman? He Gubnor now; he make all Chinamen leave, you tinkee so? What for all Democlat allee time talkee dam Chinaman? Chinaman allee same Democlat, no likee nigger, no likee injun. Bime-by Chinaman vote allee same Mellican man, I guess so, what you tink? Democlat heap taxee Chinaman ten dollar one month, no can pay, too muchee!” The “Democlat’s” reply is not given.