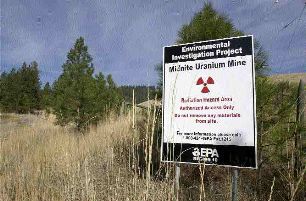 Chinook Jargon expert Gibbs’s letter to his mother from Astoria, Oregon, dated June 26, 1850, contains an anecdote about an Indian in “the Spokane country…who found a bit of black sand, took it to his priest, telling him that he had found the white man’s powder, the ‘Boston skookum pollalle’ [gold]. [1] The priest examined it carefully, & put it away, telling the chief that he would curse him if he divulged the secret to any one, as if he did the Bostons would overrun the country and exterminate the race. The chief however…brought a powder horn full of the sand down to Portland…[but] would not tell where he got it although large bribes and ‘lum’ were offered him…” (pages 12-13).

Gibbs goes on to mention being left in charge of the customs house at Astoria, “so that I am ‘hyas tyee’ here at present”.

Chinuk Wawa was indeed known by some in this part of the inland Pacific Northwest at the time.