One of the many ways that the southern and northern dialects of Chinuk Wawa differ is in how they talk about hunting. 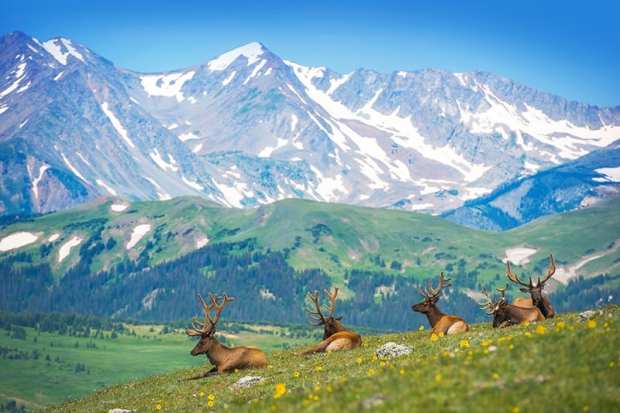 Northern expressions are usually not found in the published dictionaries, so let’s be sure to list all of these for you…

But the CW expression that started early in the south and hung on everywhere is (ɬatwa) nanich-mawich. That’s literally ‘(go) look.for-deer’, a point that’s proved by the alternate Grand Ronde expression nanich pus mawich; in that dialect, you can use pus to mean ‘for’ a noun object.

The preceding expression works well as generic ‘hunting’ because in CW, mawich ‘deer’ is traditionally used as a generic word for any four-legged animal, normally not tiny ones though. So, even though we have CW words for other game animals, notably mulak ‘elk’, nanich-mawich covers all possibilities. If you come home with bear meat, nobody’s going to say you lied!

Even though nanich-mawich is known in all dialects, there’s also a distinctly northern expression in BC for ‘hunting’. It’s mitlait / tlatawa kopa mountin in my BC teaching alphabet (miɬayt ɬatwa kʰupa mawntin, ‘be in / go to the mountains’), using a more recent and thus English loan for ‘mountain’.

This phrase is commonly found in people’s letters and in the Kamloops Wawa newspaper in the 1890’s and 19-double-aughts. The contexts that people use it in make clear that it’s not meant as going to the wilderness to go camping, which was an alien concept at the time; it’s always about getting a stock of food.

Another expression unique to the north that’s less common, but found in letters from two writers in different communities, is hant. True to form for new English loans in the later-formed northern dialect, this word holds on to more of the semantic range that English-speakers use it in — so we find:

I really think all 4 of these expressions would be understood by your average Chinuk Wawa speaker in 2021, since almost all of us also speak English.

← ‘Good enough’ for linguistics work :)
Another Indigenous metaphor: ‘Afternoon’ in CW is from Chinookan →