Time nouns, with and without prepositions 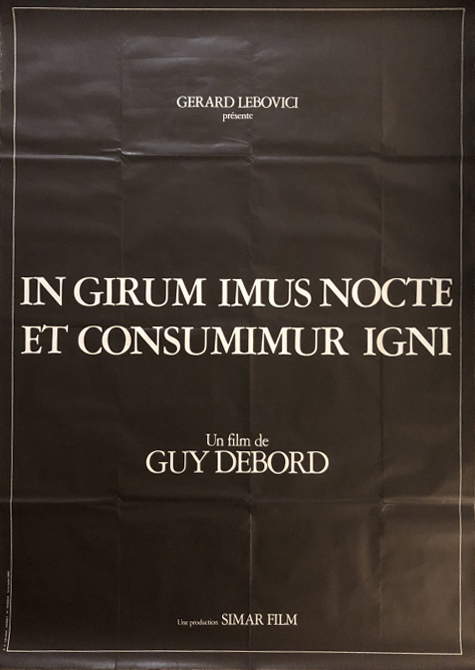 A neat Latin palindrome about the night (image credit: IMDb)

…So in a sense, it gives you a diagnostic to evaluate what region a sample of Chinuk Wawa comes from.

I’m going to give you 2 sentences from Kamloops Wawa, calling attention to the underlined parts:

tlaska slip, tlaska kooli kanawei-kah pos iskum wiski pi pos
‘sleep, they wander all over to get whiskey and to’

Do you see the difference there?

Notice the contrast between kopa polakli ‘in the dark’ here and polakli ‘at night’ in the next article.

To make a time adverb out of a noun (such as polakli ‘night’), you don’t have to add a preposition; this applies especially to units of time smaller than one whole day.

CW prepositions instead have a tendency to carry a sense of a physical location. This distinction is brought out really well by the two examples above, with respect to the noun < polakli >, I feel, with < kopa polakli > connoting ‘the dark’ as a situation that people move around in, and not necessarily signifying ‘night’.

In the pages of Kamloops Wawa, you’ll see endless examples of this. < Sitkom son > ‘midday, noon’ also means ‘at noon’, for example.

It’s not a completely ironbound rule, but a good one to know about.

← Sproat and a discovery: levels of tyee-ness
Parallel evidence that íxt means ‘one (other)’ →