Warm Springs: Indians get on to the auto

…the same guy who also gave us “Negro is Crazed by Cocaine” a few columns to the right.

Race sold papers back in the day.

Today’s article has no other Chinuk Wawa than the above hed, which nobody bothered to translate because a newspaper this close to Grand Ronde still had tons of Jargon-speaking readers in 1909.

(I’ll give it a go, after you take in this serving of stereotypes.)

INDIANS GET ON TO THE AUTO

Albany. Or.. Aug. 24. The Indians of Warm Springs are on the warpath for the express purpose of being taken to the nice new jail here in the county’s new “joy” wagon.

Three Indians were arrested recently for killing deer out of season. They were caught far back in the mountains and the sheriff’s new automobile, manned by two deputies, was sent after them. So pieased were the Indians wlth the experience of a 30 mile “buss” ride that they readily paid their fines and hiked to the hills to spread the good word.

Since then the automobile has made eight trips to the mountains and each time returned with as many Indians as it would hold. Jail sentences without an alternative of a fine have no terrors for the bucks, as they welcome a rest in the warm and comfortable jail here after an exhilirating [sic] time on the road.

About the Chinook Jargon header — I’ll endeavor to supply the translation that I think puts across the editor’s slant:

Just a couple of explanatory notes, for those with keen eyes for what I did there:

The punctuation of the written Chinuk Wawa is, as usual for the era, goofy. That widespread tendency may have been intended in part to suggest Indigenous people’s speech intonations. As I always suggest, though, it probably had something to do with typesetters not being terribly familiar with Jargon.

The spellings used here are somewhat deviant from the more-or-less standard ones found in widely circulating popular dictionaries like JK Gill’s out of Portland. < Chic-chic > and < chickamun > spring to mind in this connection. I generally take such orthographic peculiarities to mean a writer was composing extemporaneously, without slowing down to consult a printed reference.

< Chic-Chic, Wake Cuitan > is one of many expressions for the newfangled automobile in Chinook Jargon. This one’s modeled on the early expression “horseless carriage”, which may already have sounded old-fashioned to American ears. (Google Ngram Viewer tells me the term had declined in popularity by the time of today’s article.) Just another way of suggesting that Indians were dumb hicks, I suspect. By the way, the grammar of this attempted Jargon joke phrase isn’t so hot; we’d expect < halo cuitan > for ‘no horse; horseless’.

The use of < Skookum! > as an interjection of enthusiasm is almost always an indication of English-language influence. This Chinuk Wawa word for ‘strong; powerful’ got borrowed into Settler talk as an adjective ‘excellent’, a meaning that it hardly ever had in the Jargon itself.

The headline here is, all in all, understandable but not < skookum > Jargon. 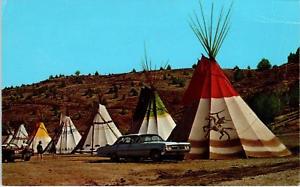 2 thoughts on “Warm Springs: Indians get on to the auto”