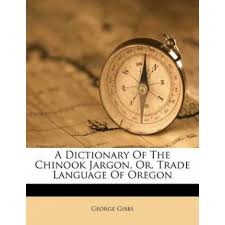 I don’t know the geographic setting or other context here, but I suspect the most sensible way to understand the quoted Chinuk Wawa here is, “I don’t like it, it’s no good.” Just like its translation.

I met the Sawash [s(h)áwásh, ‘Indian’] a few days later (I was again walking), when he handed me the watch, saying: “Halo tick-y halo kloshe” (it does not tick, it is no good), and I thought of the fact that I had paid but four dollars for the watch at a pawnshop, and smiled.

We don’t know of any Chinook Jargon verbs for ‘to tick’. There is a somewhat uncommon word tiktik meaning ‘a watch; a clock’. But the writer (presumably a settler) seems to have taken < ticky > as if it were Chinese Pidgin English, with which most Pacific Coast states residents were acquainted. In CPE, one-syllable English (and other) words often took on a final “ee” sound.

A simpler view is that the Native speaker was talking straight and fluent Jargon, as follows:

It was typical for Whites to not grasp that “null third-person object pronoun” Ø of fluent Chinuk Wawa. That fact supports a view that the writer wasn’t highly conversant in CW, and made an understandable context-cued mistake of interpretation.