Doggerel, as political commentary, on the murder of a Native leader 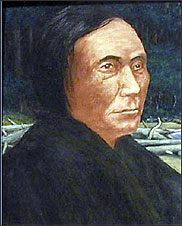 It’s fictional Chinook Jargon (as loaned into English), but the topic is a distressing reality.

What you need to know:

We have here a doggerel poem/song lyrics in an extremely early Washington newspaper, specially published in outrage at the recent unjustified execution of Nisqually chief Leschi by settlers. That turn of events had been enabled by the lack of significant US military or governmental protection of him:

The Indians say that I’m wake-cum-tux,
The Bostons say the same,
And the soldiers they know I’m an awful ass,
But I am not to blame;

The Lord didn’t give me brains enough,
I wish he had given me more,
Then carry me back to old Virginny,
To old Virginny’s shore!

File this not just under “Chinook poetry” but also “Chinook songs” — The preceding lyrics are to be sung to the tune of the very popular pre-Civil War blackface minstrel song “Carry Me Back to Old Virginia”, a.k.a. “De Floating Scow of Old Virginia“, you see. 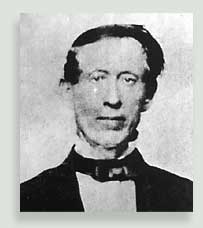 The uncomplimentary premise, obvious to its contemporary readers, was that the singer was Washington Territory’s new governor Fayette “Old Muggins” McMullin, formerly a Virginia congressman — and that he was disclaiming any responsibitlity for the tragic killing of Leschi.

Further linguistic archaeology: “muggins” is an old-fashioned noun meaning “stupid person”. It’s likely related to “mug” in the meaning “dupe, fool”. There were several similar-sounding words that had negative connotations, including the name that Theodore Winthrop ungratefully bestowed on his Washington Territory horse “Gubbins“, i.e. “garbage”.

Of course on this website I have to comment on the Chinuk Wawa used in the lyrics. Wake-cum-tux = wík kə́mtəks = ‘not know’ = a phrase presumably taken from a popular Chinook dictionary with an English gloss as the adjective ‘stupid’. The problem there is that in Jargon, this is a verb or a relative clause, to be precise; so it means ‘(he) doesn’t know’ or a person ‘(who) doesn’t know’. In all my experience of Chinook Jargon I’ve not found evidence of this phrase having been actually borrowed into regular folks’ use of English as an adjective. So I take this as fictional Jargon.

Bostons was a universally known word of Jargon for ‘Americans; Whites’. It was definitely in use in local English.

The fact that these words seem not to have been given translations when the lyric was published shows us yet another frontier newspaper editor assuming that his average reader understood a good deal of Chinuk Wawa.

← How do YOU say “vacation” in Chinuk Wawa?
Correction: Good & bad Chinook Jargon →