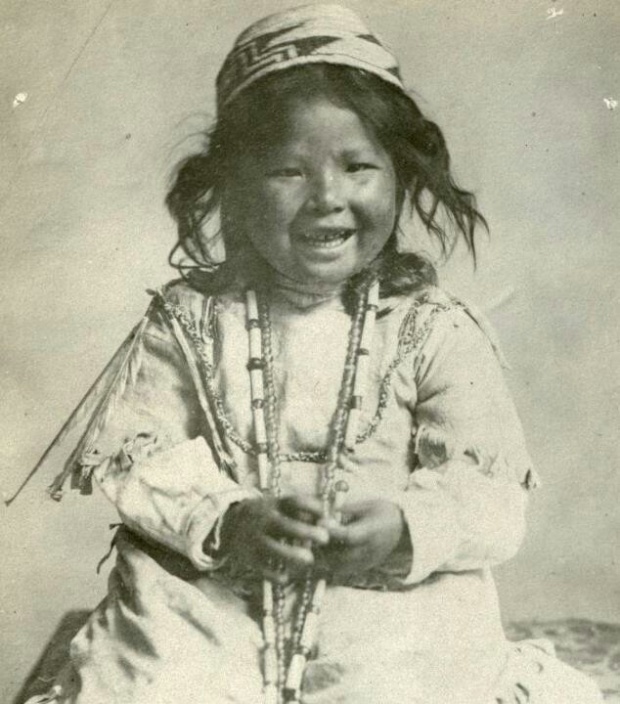 Albert Gatschet was a heck of a linguist, for example one of the earliest to really grasp the importance of reduplicative morphology in some Native languages, and his 1890 book “The Klamath Indians of Southwestern Oregon” (Washington, DC: Government Printing Office) remains a model of meticulous work. The guy used Chinuk Wawa in his work on Klamath and other Pacific Northwest tribal languages, but until today I hadn’t comprehended how vigorously and vociferously he devalued CW. Many others did, too, which is why the Jargon remained underresearched until the lifetime of most people reading this article. But the quotations from this book make just an airtight demonstration of an intellectual blind spot…

Exhibit A is among the mildest: here Gatschet implies that English is preferable to the Jargon, neglecting to contextualize the remark by specifying “for communication with Whites”. (The fact might actually be that the Snakes, residing smack dab on the main lane of the Oregon Trail, had had more experience than most tribes with learning some English. Of course they would use this as a tool.)

A body of Snake Indians, numbering one hundred and forty-five indi-
viduals in 1888, is the only important fraction of native population foreign
to the Máklaks [Klamaths] which now exists upon the reservation. They belong to
the extensive racial and linguistic family of the Shoshoni, and in 1864, when
the treaty was made, belonged to two chieftaincies, called, respectively, the
Yahooshkin and the Walpapi, intermingled with a few Payute Indians.
They have been in some manner associated with the Máklaks for ages, though
a real friendship never existed, and they are always referred to by these with
a sort of contempt, and regarded as cruel, heartless, and filthy. This aver-
sion probably results from the difference of language and the conflicting
interests resulting from both bodies having recourse to the same hunting
grounds…As to their customs, they do not
flatten their infants’ heads, do not pierce their noses; they wear the hair
long, and prefer the use of English to that of Chinook jargon. Before
settling on the reservation they did not subsist on roots and bulbs, but
lived almost entirely from the products of the chase. (page xxxv)

In short order, Gatschet gets more openly opinionated: although Jargon interpreters were indispensable, he impugns their trustworthiness.

SCIENTIFIC RESEARCHES ON THESE INDIANS.

The study of the ethnography of a tribe usually precedes that of its
language: sometimes both are pursued simultaneously, and this is undoubt-
edly the correct method. In the case of the Máklaks, Horatio Hale, the
linguist of Ch. Wilkes’s United States Exploring Expedition (1838-1842),
and still holding forth as a pioneer in his lines of research, took down a
vocabulary from a Klamath Lake Indian whom he met on the Columbia
River in 1841. No ethnographic remarks upon the tribe accompany this
vocabulary, probably because information obtained from interpreters, who
speak the Chinook jargon only, is notoriously unreliable. (page xlvi)

He barrels forth, waving the broad brush to tar not just interpreters (and explicitly deflects blame from Whites!) but the pidgin-creole language itself:

Lieutenant Williamson, assisted by Lieutenant Crook, when on the
border of Klamath Marsh (August 22, 1855), obtained one hundred and
two terms of the Klamath Lake dialect, which are published in Vol. VI,
Part I, pp. 71 , 72. This vocabulary is brimful of mistakes, not through any
want of attention of these officers, but because they questioned ther inter-
preter through the imperfect mediums of gestures and the Chinook jargon.
The vocabulary taken in 1864 by Dr. William M. Gabb at Kohashti
shows the same defects, and was obtained through the “jargon” also. (page xlvii)

The following portrayal of sociolinguistic conditions on the Klamath reservation suggests that Gatschet never seriously considered Chinuk Wawa a useful tool for his linguistic work, even though he continued portraying it as both faulty and little-known in the local community:

Whosoever inspects these word collections will see at once that the
study of the Klamath language had never gone beyond the vocabulary
stage before the publication of the present volume. Even the author expe-
rienced considerable difficulties before he could pass beyond that limit.
When he reached the reservation agency he found not over three or four
individuals who were able to speak a tolerable English, and the knowledge
of this tongue is absolutely necessary to any one who aspires to the posi-
tion of an interpreter of his own language in those parts. The Indians
were nearly all pure bloods, and most of them knew scarcely more than a
dozen English terms. Many could converse in Chinook jargon, but the
majority, especially the females, were not acquainted even with this preca-
rious means of intercourse. (pages xlvii-xlviii)

Gatschet stubbornly — suspiciously — keeps insisting that he would never put his trust in Chinuk Wawa, when I reckon he couldn’t well have avoided doing so under the conditions of the early reservation period:

The Klamath Lake dialect was spoken by the majority of the con-
tributors to my linguistic anthology. I obtained these specimens, with the
exclusion of the Modoc texts, in the autumn of 1877, at the Klamath
Reservation, Lake County, Oregon. Though many of these natives speak
the Chinook jargon more fluently than English, I never availed myself, for
obtaining any information whatever, of that imperfect and hybrid medium,
through which the Indians of the Northwest carry on so much of their
intercourse. (page 5)

It’s as if Gatschet felt a need to emphasize the purity of his information. Oh, right, salvage ethnography! D’oh!

“The Captain” or “Captain Jim”, a pure-blood Indian, living at the
junction of Sprague and Williamson Rivers, about five miles from the Agency
buildings. When I saw him he was about fifty years old, and as he spoke
but Klamath and Chinook jargon, all the mythology which he remembered
was obtained through Minnie Froben. He received his nickname “Cap-
tain” from having been a help on a steamboat plying on the Willamet
River, Oregon. (page 8)

This holier-than-Chinook-Jargon attitude gets to be way too much when you realize that Gatschet was perfectly conversant with Chinuk Wawa. He keeps pointing out loanwords from it and similarities with it, such as this set of borrowings from Jargon:

For the Modoc wúshmush, ūʹshmush, the Klamath Lakes dialect has the
original Sahaptin [sic] term, múshmush, the primary signification of which is, “lowing like
cattle.” The Lower Chinook has emúsmus, the Kalapuya, amúsmus. (page 15)

…Sagittaria latifolia, an aquatic plant common in the West and East of the United States. In Oregon the term potato or wápatu (Chinook jargon) is most commonly heard for it. (page 153)

Here he discourses in a scholarly fashion and at some length about Chinuk Wawa, and lets slip that Klamaths actually know it quite well in comparison with English. I think the revealing point is that Gatschet doesn’t feel acquainted with the Jargon, so he just quotes other authorities and is unaware that he’s discovered new words of it, and doesn’t realize that nearly all the words he thinks came directly from English are definitely known as Jargon from independent evidence:

The Máklaks learned a few French and English terms through the
Chinook Jargon, a medley speech from the Northwest, in which these
Indians are far better versed than in English. They obtained the know-
ledge of this jargon from the Indian population on the Lower Columbia
and Willámet Rivers and on the Pacific coast, where it had been in vogue
for the last hundred years. According to G. Gibbs, who wrote a mono-
graph of it, two-fifths of its vocabulary was taken by the Indians from
Lower Chinook, one-fifth from English, less than one-fifth from the Cana-
dian traders’ French and the Missouri patois, and the rest from [Lower] Chehali[s],
Kalapuya, and other tongues. The sounds χ́ and the palatalized l [ɬ] in
Lower Chinook terms were the only ones materially altered by the Kla-
maths. In every section of territory where Chinook Jargon is spoken
dialectic differences can be distinguished. Thus the French sauvage be-
came saúvash on Columbia River, but changed to saívash in the southern
parts of Oregon.

Distinction must be made between the European terms introduced at
an earlier date into Klamath, through the use of the Chinook Jargon, and
the more recently (chiefly since 1864) adopted English terms, for they differ
slightly in their phonetics. Of English and French words the language
forms inflections, derivatives, and reduplications almost as easily as from
its own words, as will be seen from the lists following:

The Modocs have adopted more terms from the
Shasti language than the Klamath Lake Indians, and these more terms
from Chinook jargon than the Modocs.  (page 686)

Lama to he dizzy, giddy, drunk, bewildered, and to curse contains a radix
lam-, the primitive signification of which is that of turning in a circle…but lam spirituous liquor is
derived from rum through the Chinook jargon. (pages 704-705)

Gatschet doesn’t spot everything in the language that does come from Jargon, for instance gushu ‘hog’ on page 681 — which occurs in a construction type that he labels as a kind of slurred “colloquial” speech that eliminates suffixes, that looks a lot like compounds that might be a syntactic innovation under Jargon influence.

I don’t mean to be overly hard on a genuine hero of Northwest language documentation. Albert Gatschet accomplished more than most linguists can dream of doing in a career, and we owe him an enormous thanks for his service to documenting cultural heritage. It’s just that he seems like he sometimes acted like a real white guy, criticizing things he actually knew little about but happened to look down upon.

One linguist with that kind of attitude is just an unfortunate occurrence. But dozens of them, plus many thousands of fellow Whites with shared assumptions about this language, makes for a near tragedy. Our Northwest language just about slipped away from us without serious documentation, because of such ignorance masquerading as authority.

Let’s call it like it is, and have the last laugh by extracting the actually rather good Chinuk Wawa data that’s in the pages of Gatschet’s Klamath ethnography!