“Potlatch” is not Chinook for “potlatch”

This post is a polemical claim, a challenge to my readers.

What do you call this?!  (Note caption.)

The realization has been building in my mind for years…Iʹm none too sure Iʹve ever seen potlatch used in Chinook Jargon to mean “a potlatch”.

By “a potlatch” I obviously mean a use of this word as a noun.  Well now, you may say, we know that potlatch has always been in frequent use as a noun; just look: 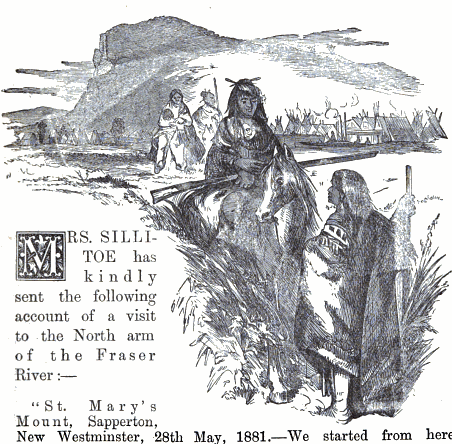 George, the engineer, told me that they are kept for a ‘Potlatch,’ the Chenook word for a gift. ‘Enthus Potlack‘ [cultus potlatch–DDR] is a gift for which no return is expected.

“A potlach is a large party to which the giver invites all his ‘tellicums‘ (friends), at which various things are given away. Sometimes it is a flour potlatch, when numbers of bags of flour are given away ; sometimes blankets or mats. At one potlatch I heard of lately 200 pairs of blankets were given away by a chief. The giver is no loser, as he seems always to get an equivalent at other potlatches.

“Our visit ended, we shook hands all round and left. Noticing outside a strong platform on high poles, we found on inquiry that at a potlatch the blankets are thrown from this platform and scrambled for by the guests.
— Mrs. [Violet E.] Sillitoe, “Indian Customs on the Fraser River”, The Net Cast in Many Waters, August 1, 1881, page 118

At the three other potlatches which I have attended the house was built specially for the purpose, at intervals during the previous year or two, and generally some distance from dwelling houses, the people all staying in it or camping on the outside, each tribe being assigned to a special part in the house. The one on the Skokomish reservation was forty feet by two hundred, was used solely for the two potlatches,and has since been crushed by snow. An old one, used about fourteen years ago, was fifty by three hundred feet, and the one at Squaksin was fifty by a hundred and eighty-five feet.
— The Rev. M[yron] Eells, “The Potlatches of Puget Sound”, American Antiquarian and Oriental Journal V:2 (January-October 1883), page 139

Samuel V Johnson is helpful as always; his 1978 dissertation lists many classic Jargon sources for potlatch, all of which define it as either “give” or “gift”, or both.

But I’m talking about the separate, particular sense of potlatch as an event: “a giveaway; a feast”.  And that’s a different animal.

The only noun form that (at this writing) I’m sure of having seen a similar notion expressed in is makmak, “a feed”.  (That’s the Kamloops Wawa spelling of “muck-a-muck”.)  Here is an example, or several, from Jesus’ parable of the wedding feast:

[…] Nanich lili ridi naika makmak pi
…Look, my feed has been ready for quite some time and

Ayu naika makmak ridi
I have plenty of feed ready.

SV Johnson implicitly supports my view by glossing this word as a noun “bite; food; meal; feast” (page 310), although he doesn’t show any classic sources having glossed it in the latter sense.  For “give away” he only has mash, a verb.  His only entry with “feast” is the Catholic term “feast day”, aias son (literally “big day”) from Kamloops.

The unpublished huge dictionary by Father St Onge, who knew his stuff quite well, has for “feast” both lapola (“roast”) and aias-mokamok (“big feed”).

Now, you can also argue that I myself have shown potlatch being used as a noun for a “feast; celebration”.  You may remember my recent post “Tilikums Ikt Potlatch” (The Friends’ First Festival).

So I’ll clarify that I’m talking about what I consider “actual”, spontaneous Chinuk Wawa.  Sure, English-speakers started using potlatch to mean a celebration … AFTER the word got loaned into English!  (Which may have been around 1870 or 1874.)  That’s when you start finding it in nonspontaneous, written special-use Jargon texts like the party invitation shown in the Tilikums Ikt Potlatch article.

I’m throwing down the gauntlet:  Show me such a real-world use of potlatch in Chinuk Wawa meaning a ceremonial event, and I’ll let you write the guest post here about it.  (And I’ll publicly admit I was wrong.)

Jedd, who is excellently informed, took my challenge the other day, pointing out an audio recording of an elder using potlatch in defining a Lower Chehalis word for a ceremonial feast/giveaway.  I received that information with skepticism, noting that the elder wasn’t explicitly talking about what such an event is called in Jargon.

← Assimilation’s Agent: My Life As a Superintendent in the Indian Boarding School System
Stoves! Another Chinook ad →

2 thoughts on ““Potlatch” is not Chinook for “potlatch””