There’s an article by the late UVic linguist Barbara P. Harris, one of the co-founders of the Chinook Wawa Gathering that helped revitalize this language, that’s worth your knowing about. 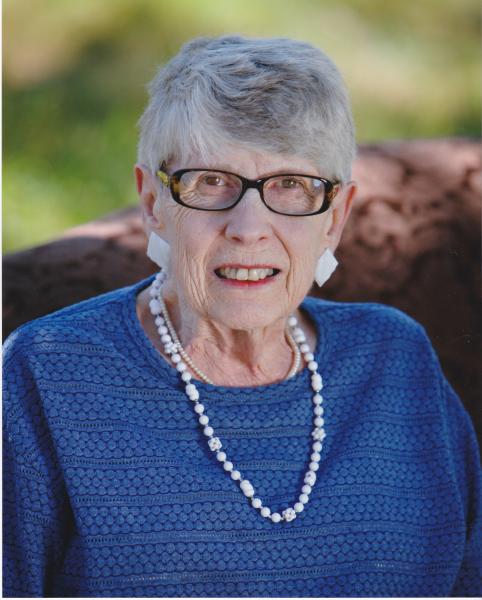 To try to frame why BPH wrote that article:

For me, as a researcher specializing in Chinuk Wawa (which is what I’ll call the language from here on out), I understand the “controversy” over whether CW existed before Aboriginal contact with Euro-Americans to be a tempest in a teapot.

That is, one or two highly influential linguistic thinkers such as Dell H. Hymes brought up the possibility in an offhand way about 50 years ago. It had been voiced before, on far shakier grounds, as part of the 19th century’s fascination with prehistoric life in the Americas, but now it was being phrased in terms of the seemingly demonstrable Indigenous structure of CW. That structure amazed scholars at the time, who were used to a few pidgin and creole contact languages based on English, French, Portuguese, and suchlike White-people languages.

Since that time, the actually enormous numbers of contact languages (including “mixed” ones like Michif) have been finally noticed by linguists, and what do you know, lots of these are based on non-European languages. Us linguists have also come to realize that an awareness of the ethnic composition of societies speaking contact languages helps explain a whole lot about why these speech forms use structures from input language A, input language B, etc. etc.

But in the intervening 50 years, quite a number of linguists have cited the influential thinker’s thought-experiment of 50 years ago as fact, without really evaluating whether that’s true. And things have naturally proceeded to such a point that it’s widely accepted folklore that CW is ancient — whereas there’s no known information to prove that proposition.

Having outlined the intellectual history of the “ancient CW” idea, now I’ll describe how Harris approaches it.

BPH starts with post-contact origin ideas. She notes (page 29) linguist William Samarin’s astonishing idea that Chinuk Wawa somehow originated in 1700s contacts between Haidas, Tsimshians, et al. and Spaniards and Russians in Alaska. The trade associated with this supposed lingo would then have spread southward to Vancouver Island, where Nuuchahnulth words would’ve become incorporated, and (as we do know happened) a lingo would’ve been brought from there to Chinookan territory at the mouth of the Columbia River, with similar results. The only difficulty here is that we’ve got no evidence that any such language existed up north.

She goes on to claim that “the earliest recorded words by British sailors into Nootka sound in the late 1700’s, while certainly all found in the [Chinook] Jargon, are also all of Nootkan origin and therefore prove nothing except that the Nootkan Indians spoke Nootkan languages.” (Page 29) Here I think BPH’s wording is unfortunate, because really quite extensive vocabularies of Nuuchahnulth were recorded by English-speaking sailors, e.g. Alexander Walker’s of 1785/86. Not “all” of those words and phrases by any means are known or presumed to have been used in a pidgin Nootka Jargon; it’s just that we can find quite a few indications in such documents that there was a pidginized Nuuchahnulth being used. So these are not merely proof that the locals spoke their own Indigenous language.

Also noted here is Captain George Vancouver’s crew having concluded that Indians of “Gray’s Harbour, due east [sic] of Olympia, Washington” (which would meant the Lower Chehalis Salish, west of Olympia) understood some words of Nootkan. Presumably this means words of Nootka Jargon, as none of the Euro-American sailors would’ve had any command of Nuuchahnulth grammar to speak of. I have to point out that these brand-new arrivals’ characterization of the locals’ speech repertoire is quite far from expert testimony! All it tells us for sure is that some Native folks tried to accommodate the Drifters’ attempts at “talking Indian”. It isn’t clear that they actually knew any Nootka Jargon or Nuuchahnulth.

In any case, it would’t be stunning that people this far south might have already learned some Nootka Jargon by 1792, since White folks’ ships had been plying the coast for about a generation, and Indigenous people did indeed traditionally communicate across pretty wide distances through the system of village interpreters. Word of the new lingo might have spread ahead of the Whites’ arrival, much as PNW Indians knew, through the moccasin telegraph, of the coming of smallpox and Christianity.

Running into page 30, Harris enumerates some more points in favor of the idea that CW post-dates contact with Whites. Some of the arguments that she notes are spurious, though, such as folk-linguistic rumors that “a Roman Catholic missionary” invented CW! And the claim (or for that matter the fact) that, in the words of a recent celebrity, “many people are saying” such-and-such doesn’t make that claim true.

From that point in the paper, BPH gets into reasons to imagine a pre-contact existence of CW. She refers to a count of lexemes in George Coombs Shaw’s 1909 dictionary, purporting to show that 308 are of Indigenous origin while 162 are European (French or English). She says here that the latter are confined to “things and concepts previously unknown to the Indians” — to which I can only answer that the usual CW words for ‘nose’, ‘breasts’, ‘head’, ‘house’, ‘yell’, ‘pull’, ‘tree’, ‘throw/leave’ etc. etc. ad nauseam, are in fact from Canadian / Métis French and from English!

A finer point: I betcha some of the words she classes as ‘Other Indian’ on page 30 are Algonquian-origin words as used in North American French and English, such as tutúsh ‘breasts’, lápʰusmu ‘saddle blanket’, papús ‘baby’, and so on.

Appeal is made, too, to CW’s Indigenous-oriented sound system, with its many non-European sounds such as /x̣w, t’ɬ, ʔ/, etc., but this in my understanding doesn’t necessitate the Jargon’s having existed in any earlier “Indians-only” environment. All that was needed to give CW an Indian-centric sound system was Aboriginal people having social / demographic / economic dominance, which was indeed the case until 1850, and later in many regions, i.e. for the first many decades of CW’s known (and post-contact) existence.

Similarly, on page 31 Harris goes into some ways in which CW syntax differs from European languages (inspired by linguist Sarah Grey Thomason’s excellent research). Here, too, though, I find that the fact of CW’s using a subject-last word order in stative expressions (e.g. úlu nayka ‘I’m hungry’, literally ‘hungry I’) is no proof of the language’s great age. All it took was lots and lots of Native people talking the way Native people do, and then even Whites could then be expected to go with the social flow.

At the end of page 31, BPH aims for a synthesis of the pre-contact and post-contact origin ideas by suggesting that CW developed its more European-like features only after Euro-Americans arrived in the Pacific Northwest, while “retaining just enough of its original grammar to convince us of its pre-contact origins.” It’s hard for me to understand what features we’d think a hypothetical pre-contact Chinuk Wawa had, given the weaknesses of argumentation that I’ve been noting. Really it could’ve had any features, and might even have been a distant relative of Indo-European as John A. Dunn once argued for Tsimshianic languages; assign a deep enough antiquity to a language, and virtually any changes could’ve taken place by modern times!

Starting from page 32, she touches on sociological factors and what they might imply for dating the origins of CW. Various references to the literature on language contact are invoked to suggest that because pre-contact PNW life was intensely multilingual, there must have existed some such interethnic language as Chinuk Wawa. I argue against this idea, which I think you could call a Eurocentric conception. While it’s true that European languages (transported during the Age of Exploration to new regions where countless non-European languages were spoken) did lead to the birth of many pidgins and creoles, this does not in turn mean that language contact always leads to contact languages. In the PNW case, the universality of exogamy (marrying outside of your home village/culture) led to a situation very different from what Europeans have been accustomed to; PNW Indigenous people typically had at least one relative bilingual in whatever foreign language they needed to communicate in. Thus, no need for additional languages.

Harris also appeals here to a couple of anecdotes to imply that CW was present up north on the BC-Alaska coast and Haida Gwaii before CW’s known time of existence (1800-ish). But her account of Haidas and Tsimshians (whose languages are totally unrelated to each other) having communicated well in the late 1700s and over a long span of time is itself no disproof of, and perfectly fits with, the exogamous multilingualism that I’ve just mentioned. And again it’s a claim which doesn’t need Chinuk Wawa to have existed any earlier than 1800.

Another point that’s open to much contestation is her reference to the many “travelers, diarists and historians” who have concluded that Chinuk Wawa must’ve been around before White folks were. None of these folks, to my knowledge, collected any oral historical claims to that effect, and many of those she cites are far from specialists in our region’s linguistics, anthropology, or history.

I’ll take pains to repeat that BPH expliclity argues for both hypotheses, the pre- and the post-contact origin of Chinook Jargon. As she proposes on page 33, “both sides are essentially correct, because they are talking about two essentially different things.”

8 thoughts on “1994: BP Harris’s arguments for a pre-contact Chinuk Wawa”